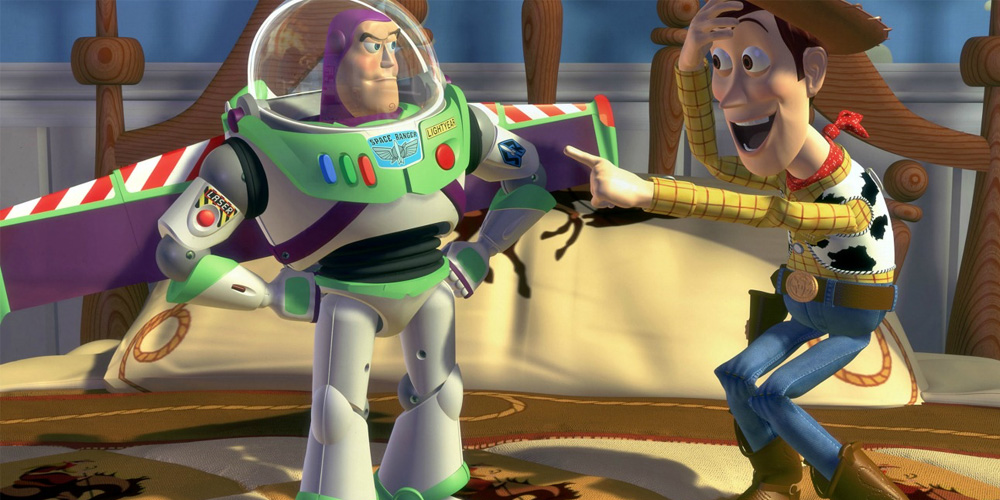 Pixar is often touted as the best animation studio in the world, and for a good reason. Almost all of their films have been box office and critical successes, and even their misfires are at least interesting. The hallmark of Pixar has always been their flair for producing movies that both kids and adults enjoy, making them effectively timeless.

So, with the highly anticipated The Incredibles 2 hitting theatres this weekend, I thought it might be a good time to look back across Pixar’s oeuvre and rank their top five films, bottom to top.

One note before we begin: You will not see any sequels in this list. I decided to rank only the original films because, well, if I were to include sequels then most of this list would be spent talking about toys. You get my drift.

Now, with that out of the way, let’s be off! 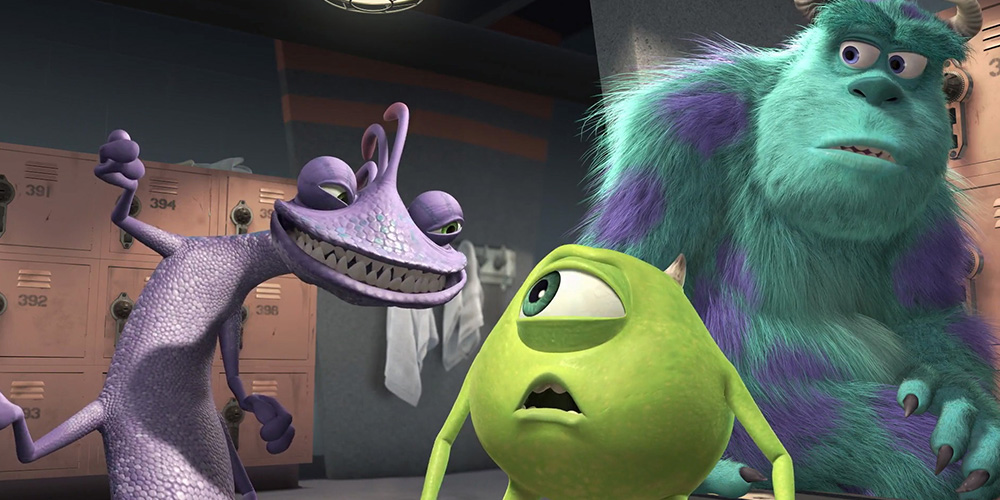 Perhaps Pixar’s most subversive film, the world of Monsters, Inc. is comprised of monsters who live ordinary lives like humans—they pay rent, have relationships, and go to work. The city they live in is powered by the screaming of children, which is made possible by a group of so-called scarers entering kids’ bedrooms at night through doors (which are detached and brought forth on a conveyer-like system) and frightening them so badly that their wails actually fill up canisters for later consumption.

The company that produces this scream-power is called (you guessed it!) Monsters, Inc., and the golden boy amongst all scarers is James P. Sullivan (John Goodman), a hulking blue-and-purple sweetheart whose only goal is to become the greatest scarer of all-time. His partner and one-eyed best friend, Mike Wazowski (Billy Crystal), is even more dead-set on shooting his way to the top and winning the heart of Celia (Jennifer Tilly), his Medusa-esque coworker.

But when a child, later named Boo (Mary Gibbs) by Sully, accidentally stumbles her way through one of Sully and Mike’s doors, the two protagonists realize that all they’ve been told may not be true (namely that all children are deathly toxic and a threat), and that there may be something even more sinister going on behind the scenes.

Monsters Inc. does a great job of debunking the notion that the Other should be feared, revealing the exploitive nature of large corporations, and showing the power that lies in simple acts of kindness. Just like the monsters within, there’s a lot more to this film than meets the eye. 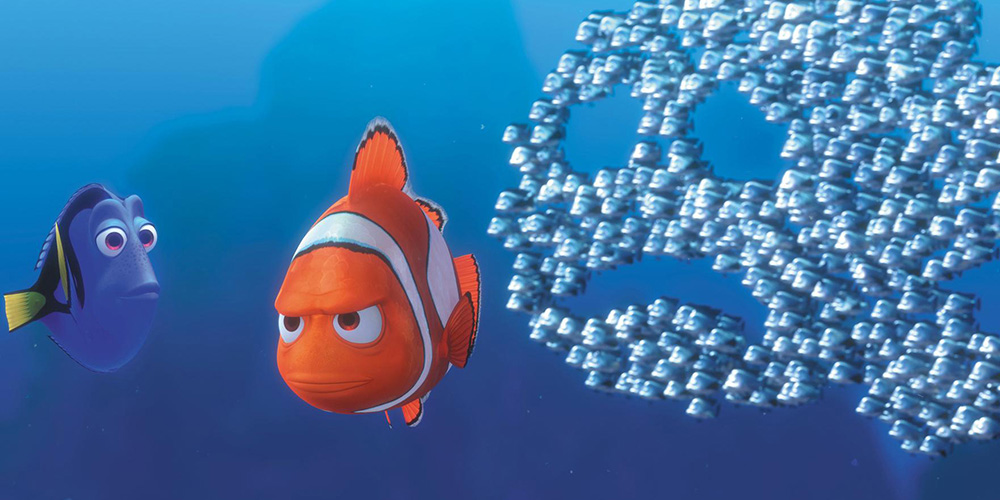 Pixar has a knack for gut-wrenching moments (here’s looking at you, first ten minutes of Up), and the opening of Finding Nemo is easily one of the darkest the studio has ever produced. It sets up an adventure that Blake Snyder would refer to as a Golden Fleece film—a story in which a character must go on a long, typically physical journey to acquire a treasure while also learning about themselves along the way. In Nemo, that treasure is the title character (Alexander Gould), and after the gimpy clownfish gets accidentally whisked away by a diver exploring the coral reef, his overprotective father, Marlin (Albert Brooks), must trek his way through the vast endlessness of the ocean to locate and recover his only son.

Nemo is a structurally perfect film about a traumatized father learning to let his child grow up as he comes across a series of colourful characters who impede his travels to impart (purposefully or not) nuggets of parental or familial wisdom. The standout of these characters is Dory the blue tang (Ellen DeGeneres), who suffers from short-term memory loss. Playing sidekick to Marlin on his journey, Dory acts as a sort of secondary child for him, slowly enlightening Marlin to the perils of over-coddling and the delights of watching someone grow.

As Marlin’s storyline unfolds, Nemo’s does as well, and a good portion of the film is dedicated to Nemo achieving his own kind of self-discovery, one of personal agency and confidence. No matter how far apart the two are, Marlin and Nemo are always connected in their related internal struggles, making their eventual reunion all the sweeter.

A film made for fathers and sons, Finding Nemo is a dazzling tribute to those who have overcome loss, dealt with trauma, and found a way to make themselves whole again. 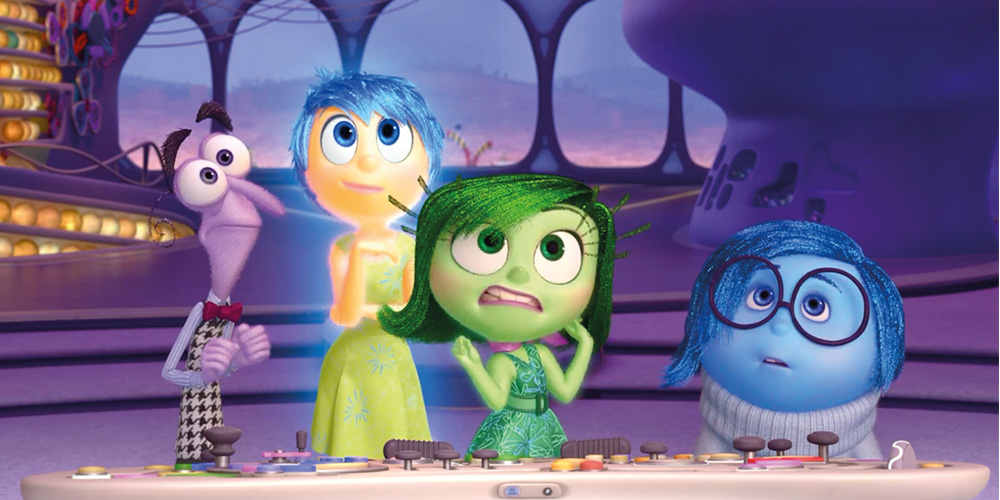 Almost all Pixar films (sorry, The Good Dinosaur) contain a near equal amount of lighthearted fun for children and heavier themes for adults, but Inside Out breaks this mold ever so slightly. While probably not the darkest Pixar movie (Coco holds that title with a heavy focus on death and what happens when people are forgotten), Inside Out is the most somber and weighty of the bunch, expressing the idea that it’s okay, even necessary, to be sad.

As such, there aren’t many moments in Inside Out that feel bubbly or carefree, and when those few moments do arise they are quickly countered by scenes that, while not straight up depressing, leave a visceral twinge in the viewer’s heart.

The story follows a young girl named Riley (Kaitlyn Dias) whose family is moving from the Midwest to San Francisco, putting her in a state of emotional distress. Inside of her head, these emotions—Joy (Amy Poehler), Fear (Bill Hader), Anger (Lewis Black), Disgust (Mindy Kaling), and Sadness (Phyllis Smith)—try desperately to figure out how to make Riley feel better as she navigates this monumental life change, with Joy ultimately making things worse by doing her best to keep Sadness from having any say.

The film is an exploration of the undervaluing of negative emotions, as well as the overvaluing of positive ones. It strips away the nostalgic simplicity and fondness of childhood in favour of a more realistic, grounded experience. In this way, Inside Out is one of the few modern children’s films that doesn’t bother with a substantial sugarcoating of its message, and could therefore very well be considered Pixar’s most important film. 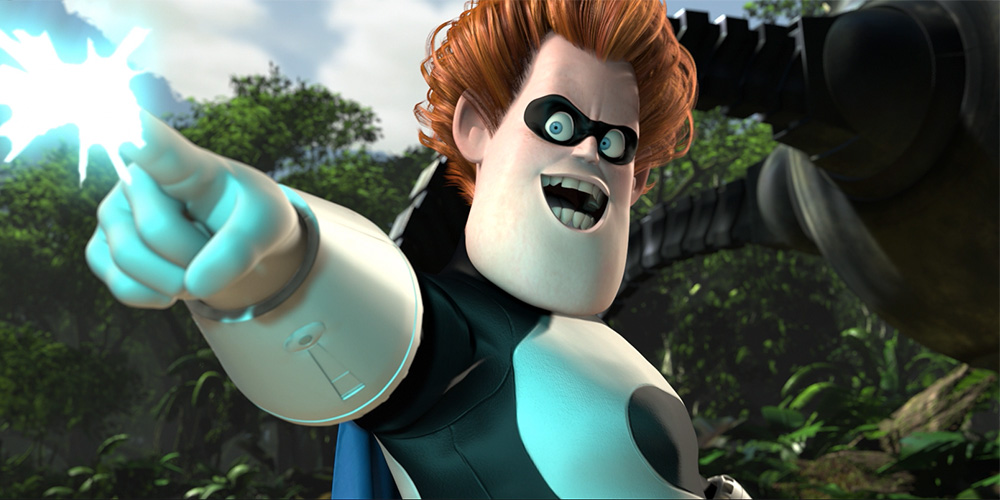 Written and directed by Brad Bird, The Incredibles is Pixar’s first and only superhero film (that is until the sequel drops this coming weekend) which, like most of Pixar’s flicks, expands upon its genre through thorough storytelling, deft voice acting, and a series of layered universal themes.

Years after the golden age of heroes has ended, Mr. Incredible (Craig T. Nelson) is now just Bob Parr, a family man exasperated by his dreadfully dull office job. He yearns to get back into a spandex outfit and fight crime, but he also wants to do what’s best for his family, and since supers have been deemed illegal, he’s left spiralling into a midlife crisis. Soon, however, he receives a mysterious message telling him that he’s needed once again as Mr. Incredible, and so he embarks on a journey to try and stop a new threat while also keeping his family safe, all the while unaware of an even more heinous plot aiming to eliminate heroes forever.

Put simply, the film dives headfirst into the notion of being yourself, of not letting what you’re able to do entirely dictate who you are. Here, uniqueness comes from understanding and accepting your identity, and while our protagonists (save Elastigirl, voiced by Holly Hunter) initially believe their identities and powers to be one in the same, the film makes sure to emphasize that that’s not the case.

In fact, each of our heroes’ powers prove to be physical manifestations of their own personal metaphysical obstacles. Mr. Incredible is super strong, and he believes he can and should lift all burdens on his own; Elastigirl is stretchy, and she’s stretched thin by attempting to keep her family’s abilities under wraps; Violet (Sarah Vowell) can become invisible and create forcefields, and she’s too shy and self-distancing to talk to a boy she likes at school; and Dash (Spencer Fox) is super fast, and he often acts recklessly as a result of not being allowed to participate in sports.

Even the film’s dastardly villain, Syndrome (Jason Lee), who has no powers, is ultimately defeated by his own hubris.

While The Incredibles does a wonderful job with its core theme, there is so much more that makes it one of the greatest Pixar films to date. The movie pokes fun at a great many superhero tropes (no capes!), adroitly handles the value and realities of nuclear family life, has numerous quotable lines, is splashy and colourful, has a villain with an understandable motive, contains a brilliant score by Michael Giacchino, and currently holds the unofficial title of the best Fantastic Four flick in existence.

Forget Pixar films, there simply aren’t many superhero movies better than this one.

The one that started it all.

Toy Story was the first feature-length computer-animated film and, of course, the first feature flick for Pixar. A timeless story that seemingly improves with every rewatch, the movie follows characters Woody (Tom Hanks) and Buzz Lightyear (Tim Allen) as they each reckon with their own personal shortcomings (the fear of hierarchical upheaval for Woody and the loss of self-identity for Buzz), eventually managing to overcome them together over the course of a smoothly-paced series of events that switch seamlessly between hilarity, high-octane action, and eye-welling sadness.

The plot of the film is a simple one—the owner of the toys, Andy (John Morris), is set to move from his current home to a new one in a matter of days. At the same time, his birthday has come, and all of his current toys are afraid that they may be replaced by something newer and shinier. An interloper does arrive in the form of Buzz, and when Woody gets blamed for knocking the newcomer out of the window, he must go on an adventure to retrieve him in time for the move so that they aren’t left behind and forgotten about forever.

Unlike most other Pixar films, Toy Story contains a few perfectly placed musical sequences within the diegesis of the film that harken back to the 2D animated Disney classics of yesteryear. Randy Newman’s soundtrack is brilliant, and the two songs (“Strange Things” and “I Will Go Sailing No More”) that highlight both Woody and Buzz at their lowest combine with the expertly crafted expressions of the characters to create quiet moments that tug at the heartstrings.

The song that plays during the opening credits (“You’ve Got a Friend in Me”), however, is the one that most people will recall from this film and rightly so. Akin to the two other musical moments, this early sequence gives the viewer a perfect idea of the relationship between Woody and Andy without spending any words on the subject. Being able to introduce a set of characters wordlessly, and have the viewer understand something vital about them immediately, is a difficult and impressive feat of filmmaking.

Full of memorable lines, breathtaking animation, and even numerous references to other famous films (a few examples include: Alien, The Exorcist, Star Wars, The Lion King, and The Wizard of Oz), Toy Story is an all-time classic that more than holds its own twenty-three years after its initial release.

It is, quite simply, still the best film Pixar has ever produced.

The Indocile Image: The Cinema of Med Hondo Preview

7 Things We Learned From the 71st Golden Globes