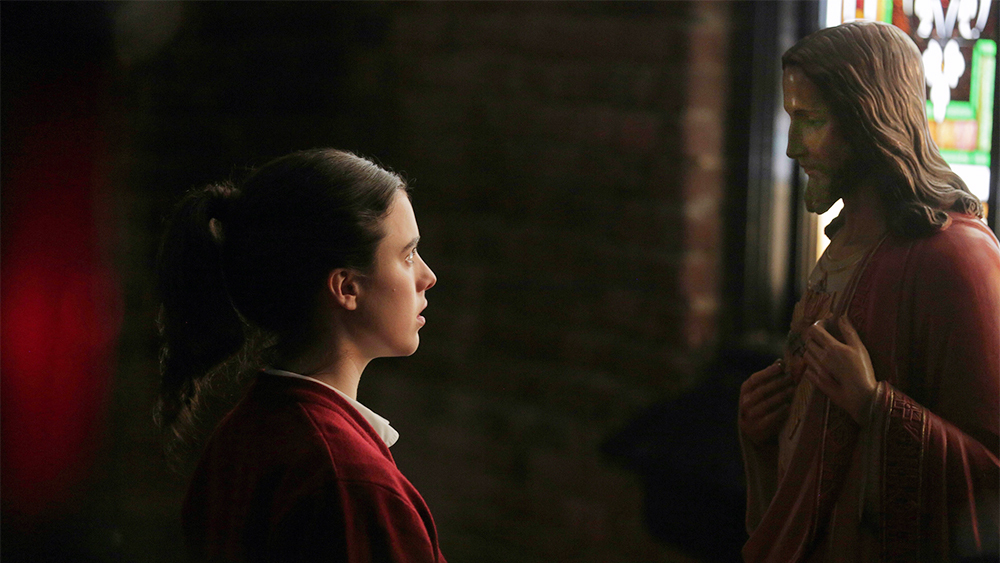 In Novitiate, director Maggie Betts explores the lives of one of cinema’s longest standing and most mysterious figures: nuns. Set in the early 1960s, Margaret Qualley (HBO’s The Leftovers) stars in a stunningly nuanced performance as Cathleen. After leaving her mother (Julianne Nicholson, also excellent) Cathleen joins a convent where her training is to be lead by the ruthless Mother Superior (Melissa Leo, going full Streep in Doubt).

The film is set in a particularly relevant time for convents around the world. A council in Rome has established the Vatican II, a list of new, more lenient guidelines for all convents and monasteries of the Catholic denomination. Set in the rules she has observed her entire life, the Mother Superior, and the nuns around her, find their beliefs and ideals challenged with the arrival of the new guidelines. When Novitiate sticks to Qualley and Leo, the film is massively impressive. Otherwise, there are many characters packed into the two-hour-long film, many of whom seem to demand development and attention that the film simply cannot give them. A specific final act revelation seems to arise out of nowhere, adding one more layer to the already ideologically packed film, threatening to crush the entire piece under its weight. Thankfully, in its final moments, Betts takes Novitiate back to its greatest examination: love.