Tizza Covi and Rainer Frimmel’s Mister Universo is a twisting, rolling great big ball of fun of a movie.

Despite this movement towards an understanding of pure cinema, the film itself can certainly be classified as a difficult feature to truly experience—that is, until the end of the film, in which a truly inspired sequence seems to come out of nowhere, (it has very little to do with the preceding narrative and involves a sort of performance art which seems at odds with the very limitations of the human body).

While the focus may be on the circus as a dying art form, the future of cinema as art is also questioned throughout. 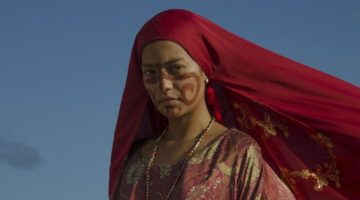