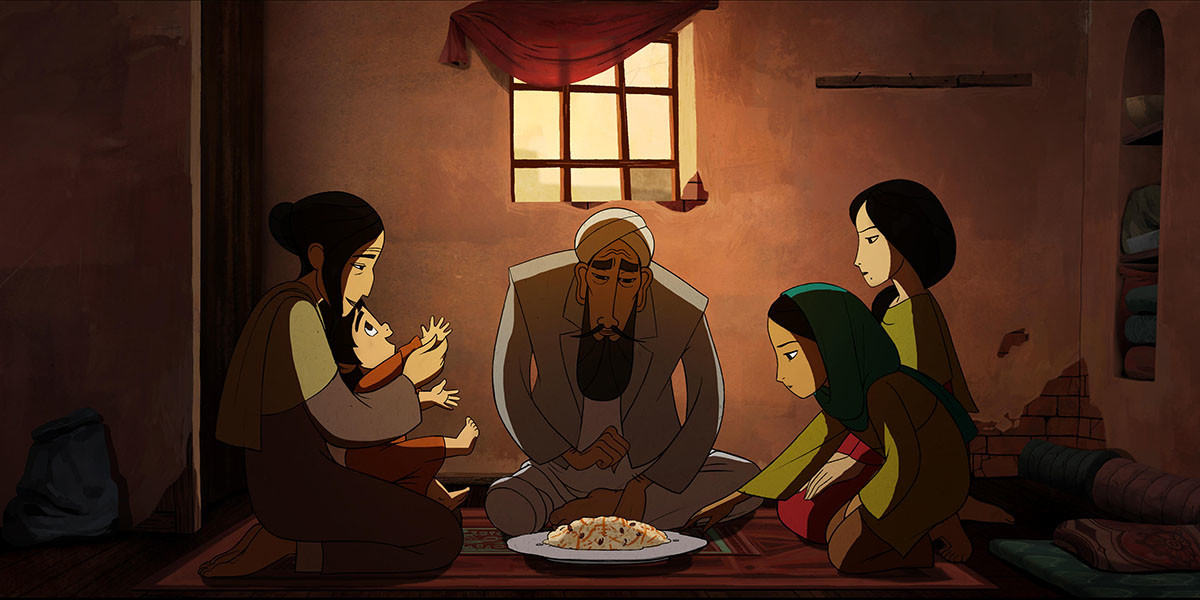 The Breadwinner is Nora Twomey’s first solo-directed feature film—she co-directed The Secret of Kells—and features a young Afghan girl named Parvana (Saara Chaudry) whose father is unjustly taken to prison for teaching the women in his family how to read and write. Cutting her hair and masquerading as a boy, Parvana becomes the family patriarch in an effort to keep her world from falling apart, all while trying vigorously to find a way to liberate her father.

Full of vibrant colour and beautiful animation that switches styles between two splendidly interconnected narratives, The Breadwinner is a tale of sacrifice, perseverance, and the power of femininity in the face of oppression. It pulls no punches, oftentimes testing the limits of what a typical family film is allowed to show to mesmerizing and jolting effect. But the film has its moments of levity via one of the interconnected narratives—a story about a boy who must recover golden seeds—and thankfully never becomes so heavy as to drown the viewer in hopelessness.

While similar in structure to The Secret of Kells—to the point where you can feel the beats coming like a distant drum—the emotional payoffs are successful, built through a strong script and a proper amount of time devoted to multiple characters, making The Breadwinner a worthy addition to world of animation.