While some does, most falls flat. Levitt inserts commentary on Jersey shore life, Italian families, Catholic forgiveness, gender roles, love versus lust, bromance, anger, loss, guilt, and sexuality. Even as the film opens, Jon, who is occasionally likeable though rarely believable, says he only cares of few things in life before spewing off a lengthy list. 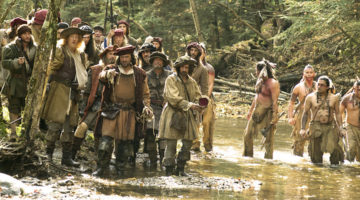