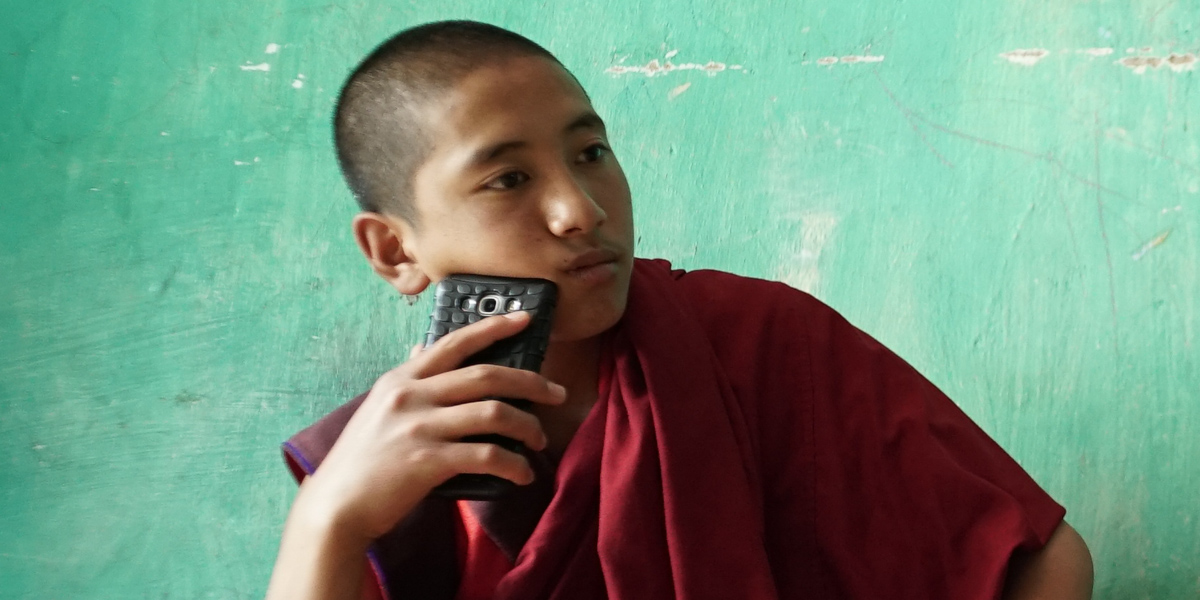 Documentary filmmakers often dive into a project with the intent to explore one subject, and come out with the story on three others. SING ME A SONG starts as the tale of a young boy who has chosen to be a monk in the midst of widespread change in his country of Bhutan – internet.

Ten years later and the country of Bhutan is vastly different. A place that was once full of wonder and simplicity has now become singular and empty. It’s hard to catch a frame in the documentary without a cell phone in someone’s hand – faces lit by the glow of a screen. Our young boy, who’s life seemed bright and full of hope, is now a man in love, and at once the documentary becomes so much more than a cautionary tale on technology.

Love and coming of age in the era of the internet is a different kind of minefield than most can remember. Thomas Balmès crafts a documentary that could rival most features with it’s cinematography. It brings you some of the best imagery in the festival, and that’s not a simple feat. Not only is every frame dripping with visual poetry, the storytelling it manages through intricate camera moves in a documentary is unreal. From the framing and movement to the pitch perfect colors, every frame is rich with emotional intrigue.

Documentaries don’t get much more visually stunning than this, but at times it feels like Balmès might not have realized how much story he has opened up. The documentary seems intent on sticking where it began, but documentary is not always about the filmmaker’s intent – it’s about the truths that they capture. This is the stumbling block of what still stands as a special and essential film.