Michael Bonfiglio and Judd Apatow’s ESPN Films 30 For 30: Doc & Darryl feels at once very familiar, (the talking heads overlaid over footage of sports stars at their highs and lows), and yet unfamiliar. The lack of familiarity comes from the story of baseball players Darryl Strawberry and Dwight “Doc” Gooden lacks a true denouement.

While many sports stories are rise and fall and rise again, the story of Doc and Darryl feels unfinished, especially the story of the good Doc. It is quite sad, that in a tale of New York baseball players that were once kings of the sport, (fan interaction is especially noticeable in the doc) that they’ve been reduced to…this. At least in the case of Darryl, there is some sense of happiness and moral centering through his wife and spirituality. There still remains a sense of incompleteness. This sense is even worse within Gooden, as the epilogue seems to suggest that the crushing weight of staying alive is imminent. Time will tell the ultimate legacy of the pair, but the overwhelming sense of wasted talent remains, no matter what happens. The realization that these greats of the sport could have been even greater, all-times, especially being black baseball players, and Gooden a black pitcher…it’s a real downer.

Bonfiglio and Apatow also present a sense of the familiar when it comes to the latter’s exploration of what it means to be a good man. Doc and Darryl could have easily peppered the cast of an Apatow comedy, but instead became quite sad. The comic element is instead provided by Jon Stewart, but the comedy is bittersweet. This doc shows that the 30 for 30 name is stronger than ever, even in eighty minute, instead of 480 minute installments. 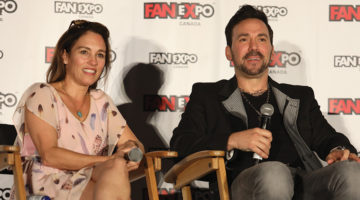