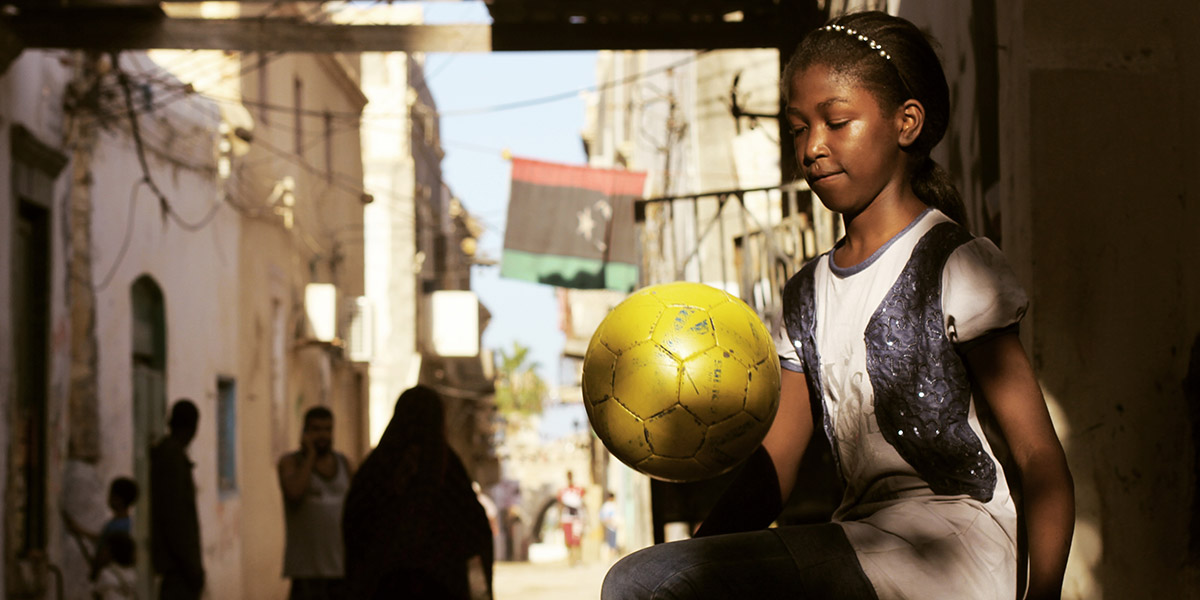 Freedom Fields tells the story of an all-women Libyan soccer team as they confront cultural norms and risk their well-being in pursuit of acceptance, respect, and freedom.

Playing soccer is an act of defiance for these young women and their families who are leveraging the power of sport to establish a different, more tolerant post-revolution Libya. The rights of women is top of mind for the players, including one who shares her dream of having a family but acknowledges a bigger dream to see the advancement of women in Libyan society.

The general interest in the team, and concern expressed by some Islamic leaders, is central to the film. While supporters certainly exist, campaigns are organized to drum up public opposition to the team and security concerns threaten the team’s existence. The danger is very real for the players and those around them.

Soccer is presented as more than just a sport here because ultimately, it is.  It’s more than just a game on both sides of the issue. For Islamists, a women’s soccer team is a validation of morally corrupt Westernism and would set a precedent for more female participation in other sports or public life. For the players and supporters, the game represents a precedent to be sure, but also represents a simple connection between soccer and freedom.