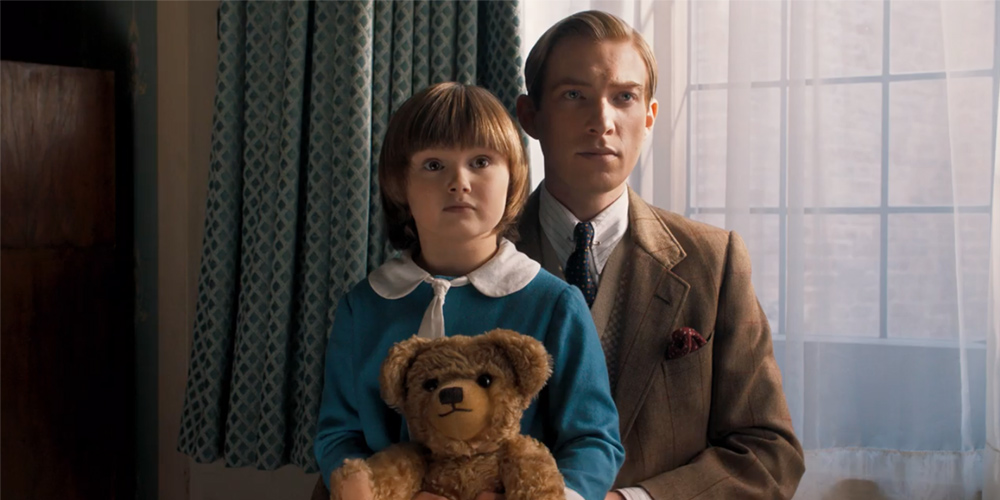 Stuck between childhood charm and adult gravity, the film is lost

Goodbye Christopher Robin opens just after the First World War, when author and veteran A. A. Milne (Domhnall Gleeson) departs from glitzy London for the English countryside. Suffering from post-traumatic stress disorder, he seeks solace in a cottage by the forest, despite the protests of his pushy wife Daphne (Margot Robbie). When Daphne decides to go back to London, and the nanny and housekeeper (Kelly Macdonald) is forced to attend to family matters, Milne is left to take care of his son Christopher Robin (Will Tilston) alone. As the two connect, Milne writes the stories of Winnie the Pooh for his son, which become an international sensation. But the fame the bear brings to them also brings tension within the family.

Largely, Goodbye Christopher Robin is fairly innocuous. Gleeson and Tilston have a great deal of chemistry, adding charm to their playtime as they frolic through the woods. Though repetitive (the same games happen again and again), the background story of Winnie the Pooh has its moments of delight and feels well suited to a young audience. Strangely, the rest of the film is not quite the same.

Graphic depictions of PTSD (flashbacks to bombs and maggot-infested corpses) seem far too frightening for the film’s content. Ruminations upon war and trauma seem too adult for the otherwise kid-friendly story, but are never developed fully enough to merit real consideration. In addition is the strange comparison of the trauma of wartime violence to the trauma of Winnie the Pooh’s success. Presented as equal, but never truly shown to be, the conflict is strenuous, while the film, turning into an exposé on terror of Winnie’s spectre of fame, seems at odds with itself. There is no attempt to reconcile the glorification of Milne’s work with his family’s suffering at its hands.

While well performed by Macdonald, Gleeson, and Tilston, Goodbye Christopher Robin wastes Margot Robbie in the role of the bitch-mother with no depth: though Daphne’s actions are similar to Milne’s, she does not garner the sympathy he does. And while Alex Lawther does a well enough as the older Christopher Robin, it is hard to shake the creepy aura that made him so good on Black Mirror.

But despite some casting problems, the film overall blandly well done. With prestigious actors depicting beloved figure from Britain’s literary history, set in the pastoral Sussex countryside, Goodbye Christopher Robin seems dully bankable in how easily formulaic it is. But other than being inoffensive, childlike innocence mixed with heavy drama makes for an unfocused film that is watchable, but very forgettable.

Review: For No Good Reason