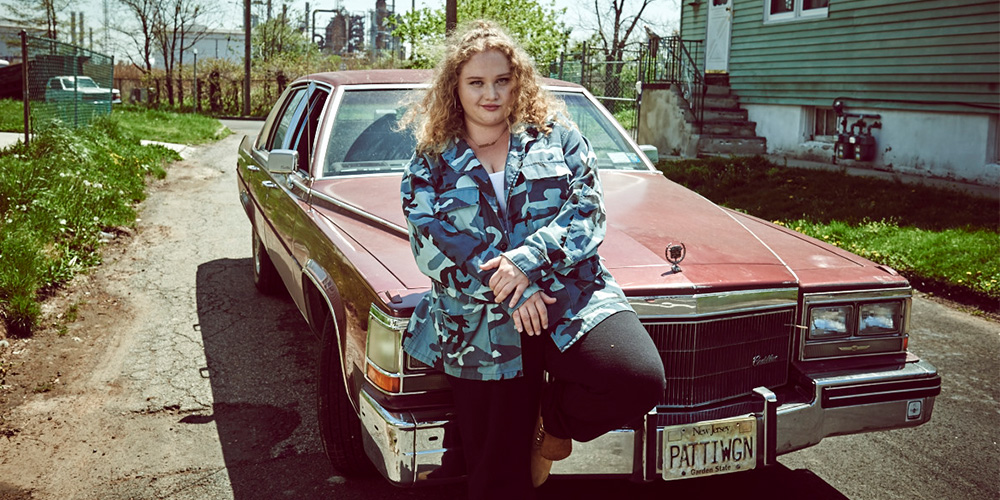 It’s a hard life for Patricia “Patti Cake$” Dombrowski (Danielle Macdonald), a 23-year-old aspiring rapper from small-town New Jersey. She takes care of her alcoholic mother (Bridget Everett) and sick grandmother (Cathy Moriarty), struggles to find work anywhere she can, and puts up with constant insults from almost everyone around her. The only enjoyment she gets out of her life comes from rapping and hanging out with her best friend Jheri (Siddharth Dhananjay), and the two dream of making it big by recording songs together.

That’s more or less the gist of Patti Cake$, and it isn’t difficult to figure out where this scrappy hero will end up by the time the credits for this (modest) success story start rolling. But writer/director/walking spoonerism Geremy Jasper fills this feel-good story about following one’s dreams with bitterness and disdain. Establishing shots highlight a town that’s nothing but empty parking lots, strip malls, and rundown homes, while supporting characters only exist to berate and insult Patricia into the same level of complacency as those around her. Patti’s personal struggles aren’t enough to drive the story, so Jasper introduces villains in the form of other struggling, impoverished townspeople around her.

The contempt practically wafts off the screen, exposing the insidious and false sense of empathy lurking underneath Patti Cake$’ surface. With lazy, handheld camerawork, terrible songs, and a story that goes through the motions, the only thing worth observing here is the way Jasper uses Patti and her friends’ economic and social status to earn sympathy while reducing the people in their orbit as ghoulish, hateful losers. Patti’s mother is little more than a resentful drunk, a former musician whose dreams were cut short by an unwanted pregnancy; Patti’s crush turns out to be a lame, misogynist rapper who makes fun of her weight; her mom’s boyfriend refers to minorities as “thugs” ruining the country, and the list goes on. It’s a film that keeps punching down in order to move its protagonist up.

It’s disappointing that this sort of gross, opportunistic con job – one that uses poverty as a cheap, effective tool to generate sympathy for some characters and disgust for others – can still be considered a feel-good heartwarmer, no matter how thin the veil around its mean-spirited nature may be. There are better ways to spend the final days of summer than giving over two hours to something this rotten.

Review: Fantastic Beasts and Where to Find Them