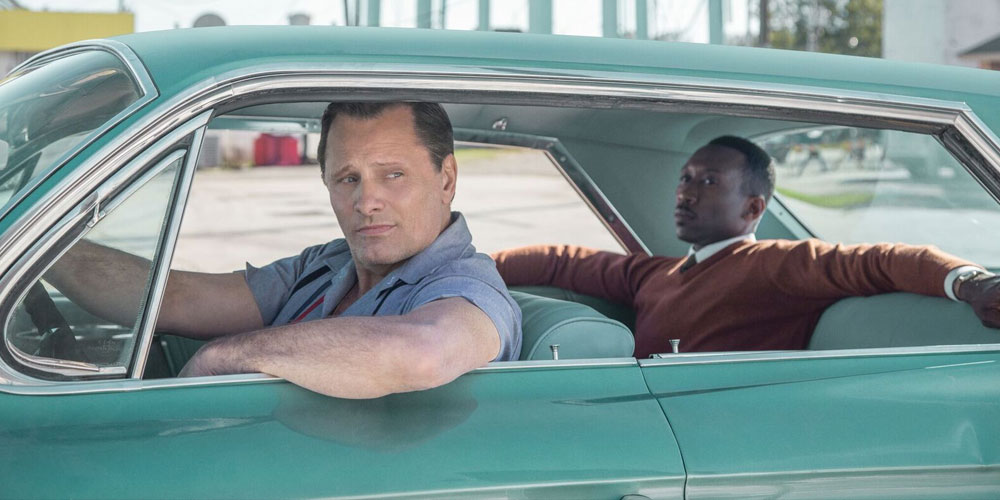 In Green Book, Viggo Mortensen plays Tony Vallelonga, a fairly typical working-class racist on hiatus from a security job at the Copa who takes a job driving black pianist, Dr. Don Shirley (Mahershala Ali), on a 1962 concert tour, most notably through the Deep South. The two leads are charming and the banter never tires. This is one of the best-acted films of the year and if these two characters existed outside of the contextual realities of the film, it may have been more successful. Ultimately, Green Book is a movie designed to make people — mostly white people — feel good (full disclosure, I am a white person and I did feel good for many of the scenes).

Despite the title, Green Book doesn’t have a whole lot to say about the actual Green Book, a handbook for black motorists seeking “vacation without aggravation,” critical for safe travel in the Jim Crow South. The film is centred around a racist character that is humanized despite his worldview,  and tells the story of a black, queer musical prodigy in the Jim Crow era from the perspective of an intolerant white man.

It would be misleading to disavow a film I enjoyed, even though my enjoyment itself may be indicative of broader social ailment. But the film is funny (though it did feel like some audience members laughed a bit too hard at the wrong parts) and well-made, if ill-advised. What do you do about a film that is undeniably problematic but immensely enjoyable for much of its non-Black audience? Is there value in white audiences confronting a darker past if they understand the reality was much darker and that we don’t currently live in a post-racial time? Friendships can’t solve system issues, but social cohesion, and more diverse social networks are a part of progress, surely.

This is a film that should have been made by a different filmmaker, from another character’s perspective, but it wasn’t. For a whole host of systemic barrier-related reasons, this story was told this way, focused on a white man making his first black friend. What we are left with is a pretty good, somewhat dangerous movie which acts as a perfect foil for progressive writers who have no real idea of how to confront depictions of racism in film or how to contribute to the messy conversation Green Book has unintentionally launched.

If the film is to be enjoyed, it should be taken as a product of Hollywood designed to show how people can evolve and highlight the impact empathy and humanity can have on social interactions. As a history lesson or commentary on race relations, director Peter Farrelly obviously does not succeed, but it is likely he was never trying to.