The latest in the fantastically entertaining and tense Spanish zombie series prominently stands out, as a sequel, a horror movie, and a drama, and at Toronto After Dark, it may be too good for its own good.

Rec 3: Genesis starts as the found footage film its pair of predecessors were, following along a lavish Spanish wedding of a pair of gorgeous newlyweds. Unlike some films in this genre, we have here a very practical and sensible reason to have in possession this footage, as a trio of attending, including one very funny and portly videographer who can’t help but promote his work, capture the ceremony and reception.

But then there is a turn, a purposeful and daring one, as when the attack comes—and it does, suddenly, swiftly, and violently—the cameras are done away with, and we enter the movie proper. It is a strange transition to witness as a moviegoer, and a curious one to enact as a filmmaker, but the right one, and necessary one. It is unprecedented and brilliant, breaking free from the genre, the past films in the series, and most likely, fans’ expectations.

It is simple, yet clever, engrossing the audience into the event, as if we were a part of the wedding itself, and suddenly our world too is turned upside down. The movie fades to black and reasserts itself, as the survivors regroup and carry on.

The tense, loud and blood-filled horror continues to push genre limitations, working hard to establishing a romance between the two leads, including the stunningly beautiful Clara (Leticia) as the blushing bride. Smartly, there is little attempt to elicit emotion from any other characters, as it is all about the husband and wife, separated physically during the attack, but not mentally or emotionally.

In the meantime, the once white-wedding is draped in blood, as a horde of vicious zombies run rampant. And some do run, while others jump and leap, sparing neither the women nor the children,  and thankfully becoming the type of movie zombie that doesn’t just lumber along.

Rec looks to be divisive, and it seems to be a casualty of what is being attempted. If you have set expectation with the series, the genre, or the subgenre, the many changes and surprises to all three may be bothersome, but thank goodness they are trying.

It is not simply a great horror movie, but a great movie on its own, refreshing with the right bit of charm and drama, and plenty of suspense, including a couple of plots twists. One such surprise is not the bride being pushed to her limit, but it is certainly one of the highlights, as in her blood and rain soaked wedding dress, wants nothing more than to get to her husband, and a chainsaw may just help.

This and other scenes border on the absurd, but never crosses the line and becomes ridiculous, though, and both the filmmakers and the actors commit fully to every moment. It makes` for a tension-filled survivor horror that dabbles in romance and drama while moving purposefully forward, bloodily, to a crazy, satisfying finish. 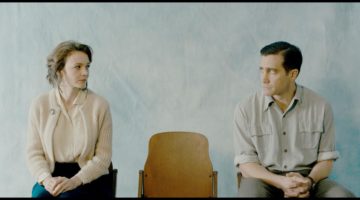 5 Questions with Matt Watts and Vivieno Caldellini of Portal to Hell!!!