Cinéfranco, English Canada’s largest celebration of international Francophone cinema, marks it’s 15th anniversary in Toronto this month. The festival which has a history of showcasing the best of French language cinema from up and coming filmmakers, has an exciting and avant guard 2012 program.

The opening night selection is Franco-Ontarian comedy La Sacrée, a film with its own quirky take on love, from filmmaker Dominic Desjardins. The closing night film, All Our Desires (Toutes nos envies) from director Philippe Lioret stars Vincent Lindon and Marie Gillain who received a “Best Actress” nomination for the 2012 Cesar Awards for her role.

Other highlights of this year’s line up include The Art of Love, Emmanuel Mouret’s answer to Woody Allen. R.I.F. an edge of your seat thriller from Fran Mancuso and Trash a film by Benoit Pilon that sweeps the audience into Montreal’s dark underbelly. And that’s just to name a few!

Commandant Patrick Baudot  (a consultant for thrillers and detective films) will be in attendance at this year’s festival to talk about his vast international experience with the FBI, Interpol, Scotland Yard in investigating missing persons and terrorism. Other guests include Annabel Loyola, Sophie Desmarais, Dominic Desjardins and Damien Robitaille who will be present for audience Q&A at the screenings of their films.

Cinéfranco runs from March 23rd-April 1st. Don’t miss your chance to be part of la cinema francaise– log on to www.cinefranco.com for ticket info now!

Win a double pass to an advance screening of 'Act of Valor' in select cities!

Win a double pass to an advance screening of 'Cabin in the Woods' in Toronto! 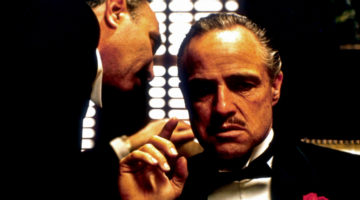 Win a double pass to an advance screening of ‘The Woman In Black’ in select cities!

Movie Review: The Girl with the Dragon Tattoo (2011)