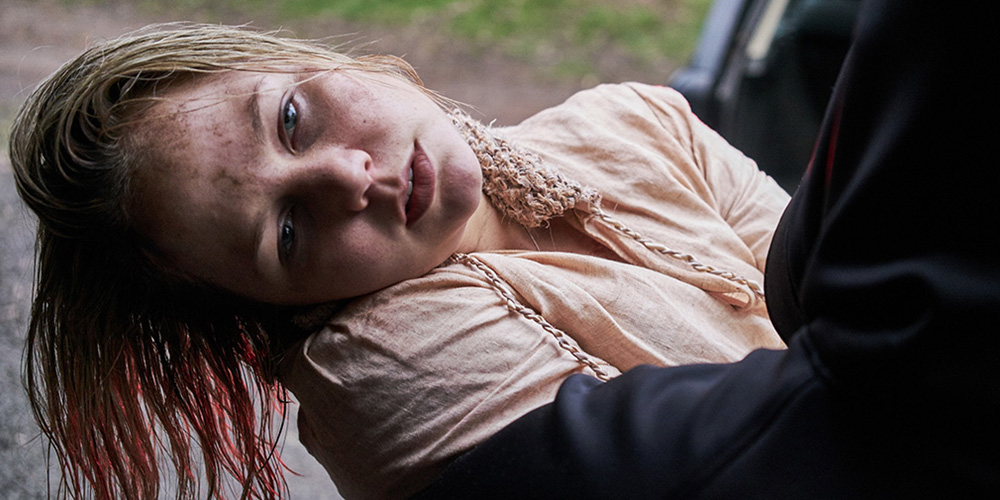 A year after Maude’s twin sister Cleo has gone missing, Maude begins to have dreams and visions. Her family deciding that Cleo has died, Maude is unconvinced and attempts to locate her sister, using their psychic bond to find her. Creepy, atmospheric, and stylish, Rabbit is an intriguing film, but with some slight bumps along the way.

Playing the twins, Adelaide Clemens does well at expressing the multitude of traumatic emotions the two women go through. Equally entrancing is Veerle Baetens as a German doctor the sisters encounter. Beautifully shot and designed (the film’s second half is reminiscent of the unhinged opulence of a giallo film without ever verging into the derivative or campy), the film is a treat to watch, even when the plot becomes predictable.

Unfortunately, Rabbit relies on certain gimmicks. Abrupt changes in soundtrack feel amateurish, like a film student attempting to be edgy, while the rapid switching between dreams and reality become exhausting rather than inspired. The first feature from Luke Shanahan, it seems obvious that the director is more familiar with shorts: the constant repetition of this cinematic flair feels obnoxious in an extended film, where they might have been effective in the briefer medium.

Overall, Rabbit possesses much which is admirable, as well as quite a lot which is not quite up to standard. Mixing together the exceptional with the mediocre, the result is a film where one can sense potential which is never achieved. In the future, Shanahan could very well produce a great film, having shown here a good aesthetic sense and focus. For now, he has produced a film which is firmly in the real of “not bad,” aided largely by his cinematographer Anna Howard (whose decade of experience shows through magnificently) and his actors. Through the skill of the experienced cast and crew, Rabbit is watchable fairytale thriller.