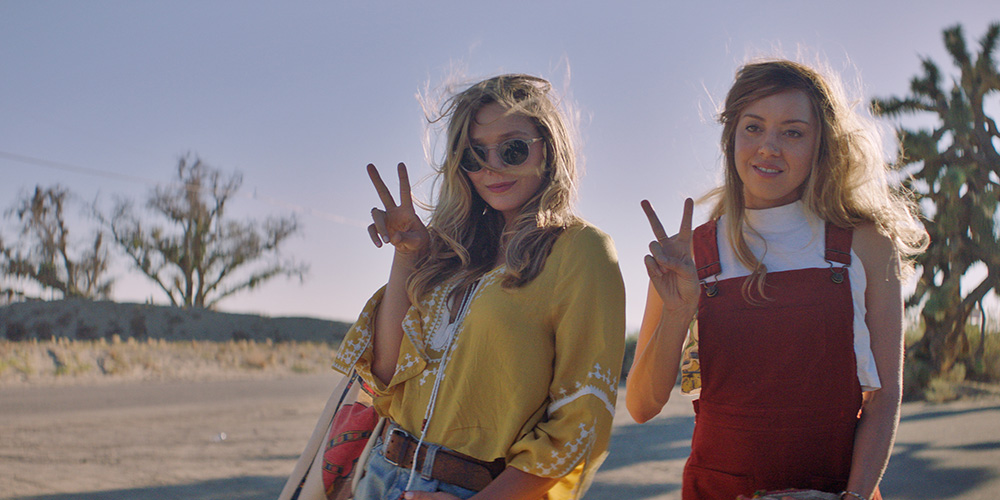 In Ingrid Goes West, director Matt Spicer attempts to update the obsession-thriller for the social media era. Entertaining and well-acted, the film does a good enough job, but struggles to move very far beyond being Single White Female with emojis.

Ingrid (Aubrey Plaza), perpetually mistaking online interaction for meaningful relationships, has a grief-induced breakdown after the death of her mother. Briefly institutionalized, she returns to her empty home and takes solace in her Instagram feed, eventually spotting “influencer” Taylor (Elizabeth Olsen). Ingrid quickly becomes enamoured with Taylor, molding herself after her idol: she moves into Taylor’s neighbourhood in L.A., eats the same food as her, and gets a Taylor-inspired makeover. Ingrid manages to work her way into Taylor’s life, but quickly becomes dismayed at her phoniness. Depressed and desperate, things escalate with Ingrid gripping onto Taylor’s lifestyle while trying to hide her lies.

The best thing about Ingrid Goes West is the performances. Plaza does well at emoting neediness, loneliness, and performativity, with her clueless deadpan adding sympathy to a problematic character. Olsen meanwhile manages to make Taylor watchable despite the character’s irritatingly false persona. Within a morally murky film, the focus on Ingrid as victim of social media is perhaps not too original, but an interesting twist on the obsession drama which has too frequently depicted a struggle between women who are either all good or all bad. The actors’ skills aids in elevating this plot.

One glaring issue, however, is Ingrid’s vaping boyfriend Dan (O’Shea Jackson Jr.). Again, a good performance, but the character is too annoying to watch. Thirst-commenting on every post, talking at Ingrid about Batman (which she does not care about), and only pausing to feed her lines about how he really cares because she’s so special, he would be comically unappealing if he wasn’t so exhausting to watch. In a film intent on a biting critique of millenial life, Dan is relatively unscathed, ending up the good guy, and barely presented as the just-as-desperate and self-absorbed nerd he really is. Erring on the side of sympathy for Dan, the film looses its teeth.

While Ingrid Goes West does offer depth, and is never boring in Ingrid’s schemes, it does rely too much on the novelty of social media, without allowing itself to be challenging enough. It is only really in the second half, when Ingrid’s lies overwhelm her, that the film moves beyond being #SingleWhiteFemale. Not very illuminating to anyone who has a cellphone, it often feels as though it were made by someone who still views social media as a gimmick. Saved by its relative complexity and acting talents, Ingrid Goes West works best as a psychological drama, rather than a social critique of technology.

Review: Alice Through the Looking Glass