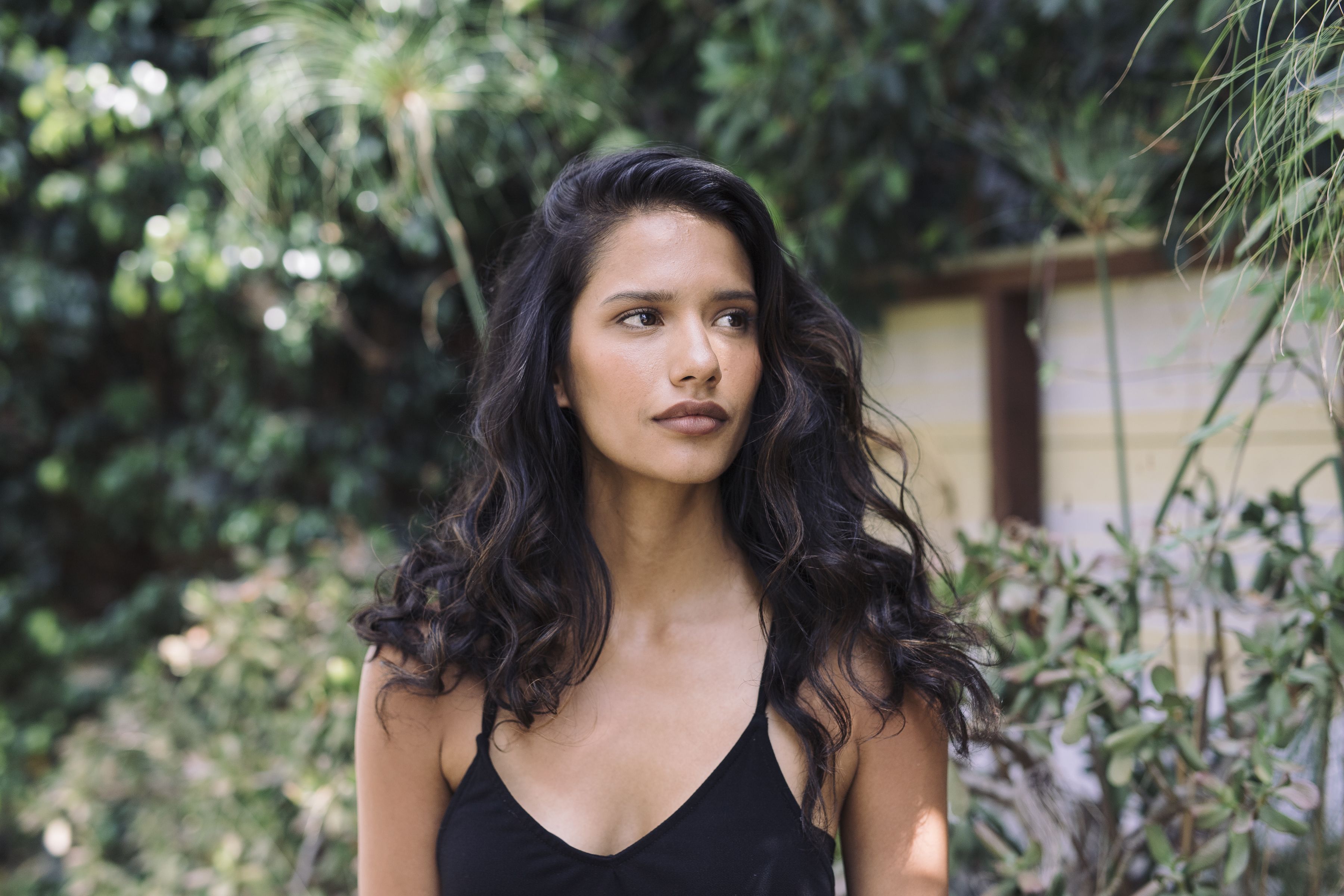 The Through Black Spruce star on her first lead role, and building empathy through film

In theatres today, Through Black Spruce follows Annie Bird (Tanaya Beatty), a Cree woman from James Bay, as she travels to Toronto to find her sister, Suzanne, who has not been heard from in over a year. On the day of the film premiering at the Toronto International Film Festival last year, Tanaya talked to Scene Creek about the importance of stories like this one being told, and the responsibility she feels in doing so.

Scene Creek: How were you introduced to the story?

Tanaya Beatty: I actually read the book when I was a teenager and it really resonated with me. Annie’s experiences paralleled mine in a lot of ways and and that connection was so special and deep but I never thought they would make a film about it. When I got the audition I was just overjoyed, couldn’t believe it.

And when I got the script and it was real I just couldn’t believe that I got to do it. It’s my first lead in a film and it so I was just like, wow, what a joy. I feel like I am in such a place of privilege.

SC: Annie, a Cree woman from Moosonee, has such a unique personality and set of mannerisms. Everything seemed very specific and thoughtful. What went into bringing this character to life?

TB: I had her voice in my head for so long, for so many years. I never pictured myself as the person playing her but I did have that voice in my head. And I’ve been surrounded by so many strong, protective, women from the bush who are hunters. There’s a kind of resourcefulness to them and I think I borrowed that too. I watched interviews and videos of people from Moosonee to get the way of speaking down and I brought my own thing to it. I got so much joy from doing it and as an actor, what more could you hope for?

SC: As Indigenous voices become more elevated in media what does this story and other stories like it mean in this cultural moment we’re in now? How does this film relate to the issues that are portrayed in it?

TB: These issues have always been elevated in the Indigenous community so I think what this film does or is trying to do is give a voice to those people. It gives Canada the opportunity to walk in Indigenous people’s shoes and see Canada through their eyes, and build empathy in a way that cinema encourages.

I feel like this is such a present and pressing crisis for me, something that has touched my life. So I went into it with that weight and that responsibility, feeling like I had to use this voice to have this brought to life. Bring attention to it. Roar about it (laughs).

There was never for a second thought  for me or any hesitation. I knew I wanted to do it and when I got the opportunity I ran with it and I still feel that responsibility to get these stories told for my ancestors.

SC: I was speaking with Don (director Don McKellar) about balance and how he made an entertaining, cinematic film but doesn’t shy away from heavier themes and issues, including socio-economic conditions, and  the legacy of colonialism and residential schools. The film makes those issues accessible for the audience which is not easy. What do you want the audience to take away from this film?

TB: I think the film makes these topics digestible without doing it in a didactic way or play on people’s guilt. It’s trying to show people their own blind spots and everybody has them. I hope that people walk away having learned something that they may not have known about the MMIW crisis and that they build compassion and empathy for these communities because that creates conversation and that creates change.

SC: Geography was also a big part of this film, including a portrayal of the urban Indigenous experience. What was it like filming in across Ontario in very different landscapes? What was your interaction like with the locations you were in?

TB: That’s interesting and actually brings a memory up for me. When we were working out in the bush, to me it feels like home. I’m from such a small community that when I’m back there, I feel calm and it feels like home to me. And that last little bit we were here Toronto in the city (Toronto) and it couldn’t be more different. Immediately, I feel more anxiety and that I have to be more careful and protect myself in a different way when I’m in the city. There was a moment when people yelled some really obscene things at me while filming in Toronto and it’s like, man, I can’t just be on the street, making this film, trying to get this story told without being treated that way? The contrast was very real.

SC: Have you been able to share this film with people living in this communities?

TB: They did go to Moosonee and did show it to the family that the book is based off of and I hear that it went over really well. People were moved by it and understood the humour and could see themselves in it and (audibly sighs) that’s a huge relief.

SC: Seeing themselves on screen and in this story being told. What do you think it means, being who you are and being on screen?

TB: This is who I am. I feel a sense of responsibility to these communities and to my ancestors, who survived, and allow me to be here now. So that’s just something that’s a part of me and always will be. I see stories like this as almost like using the colonizers tool to decolonize, which is kind of bad-ass. It is an act of resistance.

3 Questions with J.L. Pomeroy, producer of Live from New York!

Five Questions for Micael Preysler, the co-writer and director of Lily & Kat