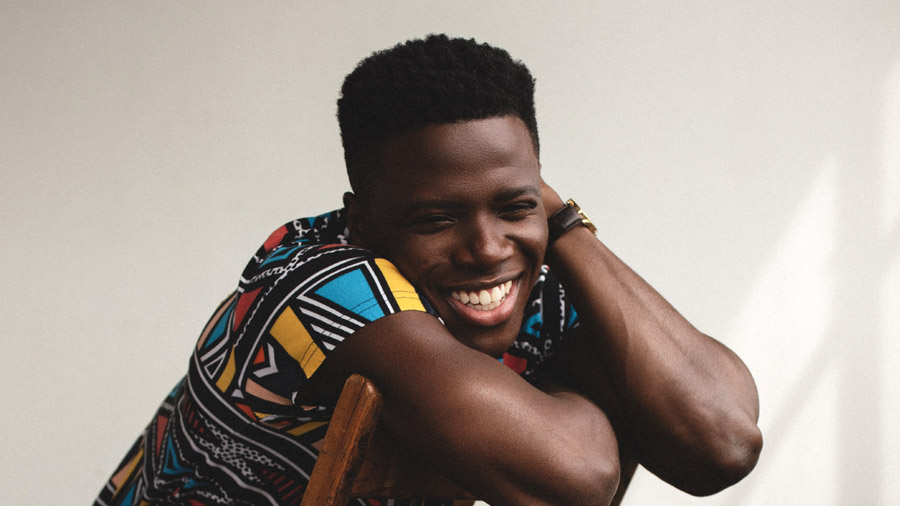 Interview: Adrian Walters talks Dare Me, the importance of Canadian representation and cheerleading

Adrian Walters is a Toronto-based actor best known for his recurring roles on The Handmaids Tale, playing Commander Horace (the first ever black commander, in the history of the show) and Xavier on CW’s In The Dark. You can also catch Adrian on the upcoming television show Dare Me, which will be airing on December 29, on the USA Network. We had the pleasure of sitting down with Adrian to speak about his role in the brand new series.

Scene Creek: What was it about Dare Me that made you want to get involved?

Adrian Walters: I just really gravitated toward the material, and was excited by the idea of potentially getting to play a marine, and explore that physche.

SC: Were you familiar with the novel by Megan Abbott before taking on this role?

AW: To be honest, it came through the pipeline like any other audition. So I wasn’t too familiar. But I did give it a full read after I was cast to familiarize myself with the world and how Tibbs fits in to it.

SC: Did you first research the role by going to the source material?

AW: Yes I did. Megan was very detailed in the way she wrote the Novel. So I first pulled from that as a base of where the series and Jimmy might go. Then from my imagination.

SC: How would you describe the show and your character to someone who wasn’t familiar with the source material?

AW: Dare Me is about an unflinching exploration of teen angst, jealousy, loyalty and the dynamics of power in a small Midwestern town.

I play Jimmy Tibbs, A Private First Class marine recruiter based out of Ohio. Whose been a marine for a few years now, but still has a baby face, pretty much like myself and a boyish demeanor. He also has an eye for the cheerleaders and likes to dip his toe into trouble, now and then. But his loyalties remain with his superior and mentor, Sgt. Will, who helped guide him on the path he’s on now, as a marine recruiter out of Sutton Grove High School.

SC: What did you feel that you brought to the role?

AW: One of the blessings of having worked on Dare Me is, we had such an amazing team of writers, with Meagan and Gina at the helm. So we already had all the cards in our favour. And with that, all I had to do was bring myself, my imagination, heart and empathy to the role. In so doing, I aligned myself with the way Jimmy lives his life. A real heart on his sleeve kind of guy.

SC: Do you have any scenes that were your favourite to film?

AW: Yes, I do, but they are all spoilers. So I can’t spill anything.

SC: If I’m not mistaken it seems a good chunk of the actors in the show are Canadian. There’s a lot of great talent in this country and to see of lot of Canadian representation on screen is always important. Could you speak to that a little?

AW: I agree, a great majority of the cast are Canadian like myself. Considering Dare Me is an American show. We all relished in that. Aware of the impact it could have on the community in Toronto and Canada as a whole. Seeing more of our talent on screen leading and supporting Is very inspiring to everyone on the journey. So I’m pretty grateful to have my reach extended. Thank God.

SC: Were you familiar with any of your co-stars coming into this project?

AW: Yeah, the only person I knew of, prior to shooting, Dare Me, was Herizen. My friends and I were pretty big fans of her work as Mylene Cruz on the Netflix series, The Get Down. Especially the way Ezekiel (played by Justice Smith) would say her characters name whenever he saw her. “Eh, yo Mylennnnnne!!!”. So when we eventually got closer. I teased her about it of course.

SC: You guys filmed in Toronto, correct? Can you tell us about some of the locations you filmed at?

AW: Yeah, without giving anything away. We shot a lot of our show throughout the GTA; mostly in Toronto, Mississauga, Scarbrough and Hamilton. We had such an amazing location scout that secured such unique spots, that are staples in our show as you’ll see.

SC: Although you grew up in Toronto were there any areas during filming that you were unfamiliar with?

AW: Yeah, pretty much all of them. Filming Dare Me, helped me to see the city in a new way. For the locations I was familiar with. But for the most part every day of set was a new discovery for me. Which is something I really enjoy about what I get to do. Everything is always changing and with that comes new parts of the city I haven’t seen, but have now since explored as a result of this show.

SC: Dare Me looks like it’s shrouded in mystery. Were there any big changes from the source material? Can fans of the book expect any new twists and surprises?

AW: One thing I can say about Megan is she definitely likes to keep things fresh and interesting. So I’m sure fans will be surprised about what they get in the show while being able to enjoy the story they first fell in love with from the novel.

SC: What are you hoping people take away from the show?

AW: I’m sure everyone’s viewing experience will be different. So I’m really excited for everyone to go on this wild, wild journey that Megan dreamed up. Feeling and experiencing everything we put into it. Which is a lot. And what’s great is, we actually have a very responsive social media page both on Twitter and Instagram where the fans can share their thoughts or opinions from week to week with others tuning in via a tweet or comment.

SC: What did you like best about working on the show?

Aside from the work I got to do and the collection of beautiful experiences and places I saw, I would say, the family I made working on the show. With cast and crew starting off as strangers to now where we are in each others lives as the relationships have fostered and grown. And all that was through working together, heading out for late night dinners, adventures around the city, nights out dancing, celebrating birthdays, intimate conversations about life and just being there for each other. Those experiences birthed a genuine bond amongst us. I remember coming home every night feeling so elated. Thanking God for placing me in this position to be able to enjoy all of these amazing experiences and people in my life. And long may it continue.

SC: Just curious, out of all of your co-stars, who is actually best cheerleader?

AW: Man, I don’t wanna step on any toes answering that question. No part of what they do on the show is easy especially considering how many times they had to do it. Even before showing up on the day. If I had to choose, I would say those with cheer backgrounds prior to the show, and the uber talented cheer choreographer Amy Wright.
They helped those who where new to cheerleading fit right in and feel at home and shine as a team. I remember shooting the pilot episode and there was a scene where Tibbs had to react to cheer routines. That was literally the easiest day on set for me, considering I was genuinely impressed. And I think the fans will get a kick out them too all season long. 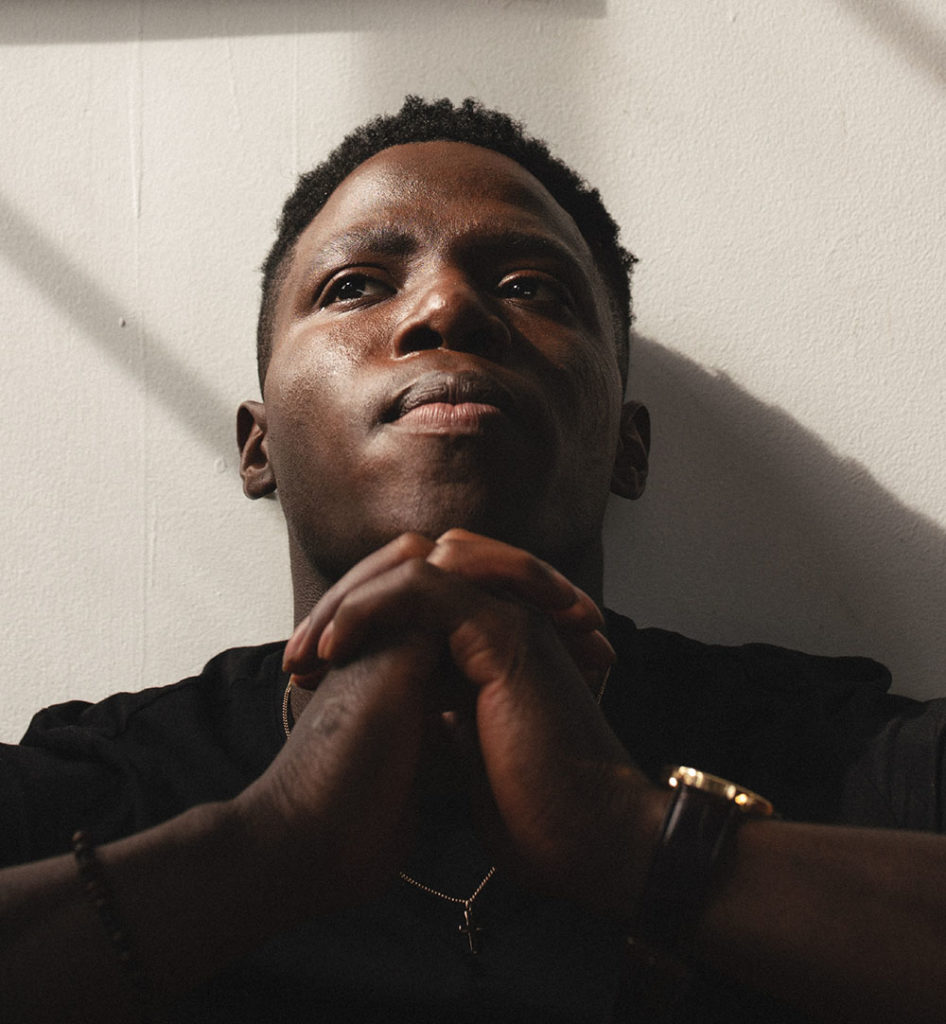 Interview: Michael Cohen talks It Was You Charlie

5 Questions with Gaspar Noé and Karl Glusman of Love 3D