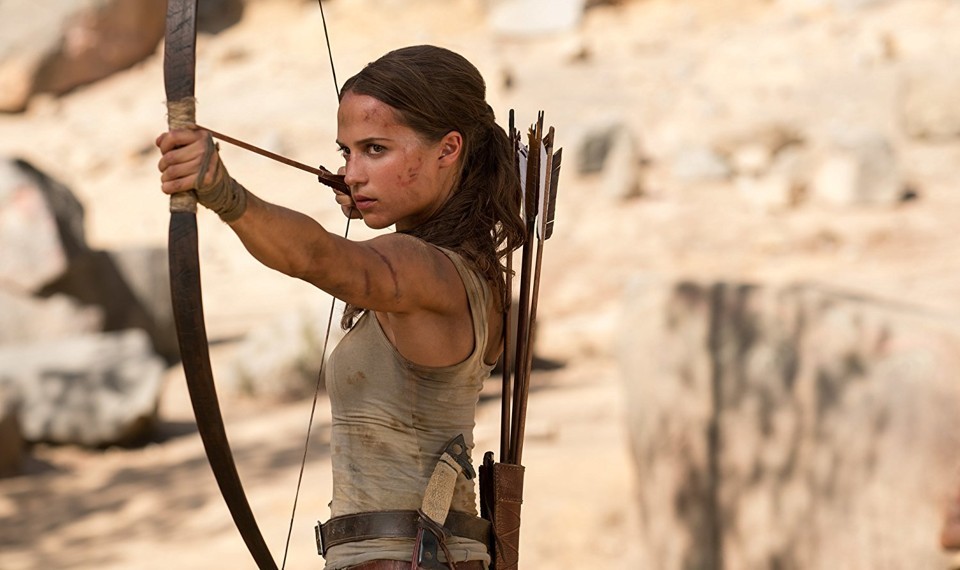 The Tomb Raider films of the early 2000s became a cult hit for one reason alone, Angelina Jolie. It was hard to imagine a more perfectly cast actress in the role of Lara Croft, with her deadly moves and killer instinct for solving historical mysteries, Croft quickly climbed to the top of gamers lists. In Norwegian director Roar Uthaug’s adaptation we see Lara alone and vulnerable after the disappearance of her father Lord Richard Croft (Dominic West). Several years pass where she is unwilling to accept that her father is most likely dead and in so doing refuses to become the new heir to the Croft fortune and estate. The setup in the reboot therefore acts as an origin story of sorts for Lara Croft.
Although certainly miles ahead of its predecessors, this new version of the cult classic is still not quite a good movie. It’s packed with adventure sequences and action throw-downs, some more successful than others, but where the film shines in its mindless entertainment value it lacks in taking the beloved character into new and exciting territory.

Vikander is great in her turn as the iconic bad ass, unsurprisingly so as she’s proved her vast range from her stint as a robot with emotions in Ex Machina to her Oscar winning period drama performance in The Danish Girl. Her talent is undeniable and she captivates us again in Tomb Raider by making Croft a more relatable character.

Jolie’s Lara has a cool arrogance about her where Vikander is portraying a younger version of the character in a stage of her life we are more unfamiliar with. She’s unsure of her path in life and who she is without her father, she’s caring yet guarded, wise but still naive, and being able to watch Lara transform onscreen and come into her own is pleasantly refreshing. Unfortunately that’s where the good bits end. Uthaug manages to put together a great cast which is truly the films driving force, but timing out at the 2 hour mark leaves the film overly long.
The original and the rebooted franchise should not be placed side by side for comparison sake but rather act as a model of progression. In 2001 and 2003 respectively the movies were campy to say the least, with a female figurehead of the male fantasy. Angelina was beautiful and strong, ruthless and daring and exactly the character we needed at the time to tell the world that female led video games can kick ass too. We still have a long way to go in terms of crafting the perfect video game movie, but Tomb Raider is a pleasant step in the right direction, showcasing a strong yet vulnerable female protagonist who has more in her arsenal of tricks other than her looks.
3

Review: Oz The Great and Powerful