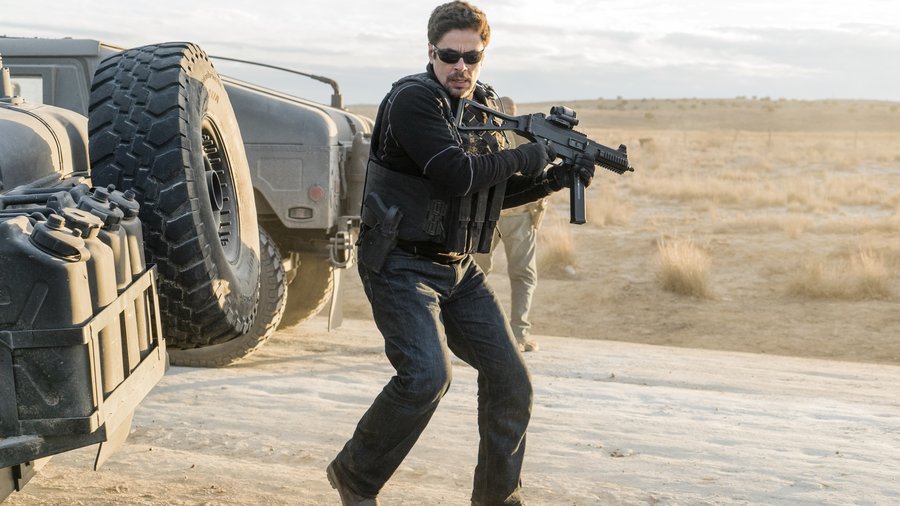 Sicario: Day of the Soldado is a gritty action movie that follows an FBI mission to crack down on Mexican drug cartels who are smuggling terrorists across the border. The film is a sequel to the hit Sicario, but also acts well as a stand-alone film.

The film opens with an explosive, action packed beginning that sets up the issue of terrorists crossing the border. It is a perfect action movie opening and is equal parts brutal and exhilarating. Unfortunately, it sets the bar for excitement high enough that any talky moments seem uninteresting. Luckily, long moments of dialogue are not very frequent.

Just like the beginning is full of action-packed surprises, the end delivers a few small twists to keep you interested. This could be hinting at a third film.

There are definitely some issues with the film, albeit they are the same flaws that many action films have. The obvious one is the lack of female characters. We see lots of male characters, but the only female to get any real amount of screen time is a 14 year old girl who has been kidnapped. With all the hundreds of men in the shoot outs and action sequences, there were plenty of opportunities for at least more minor female roles. This problem is more obvious in Sicario: Day of the Soldado than with most action films – its predecessor was female led, after all.

Another risky area of the film is its heavy focus on dangerous illegal immigrants crossing the Mexican border. Given the current political climate in America, it seems like risky territory to step in. There is no clear political message in the film, which seems strange for a film about something so topical.

Overall, if you like a good typical action film then you will enjoy Sicario: Day of the Soldado. It is probably best viewed as separate from its predecessor, but enjoyable nonetheless