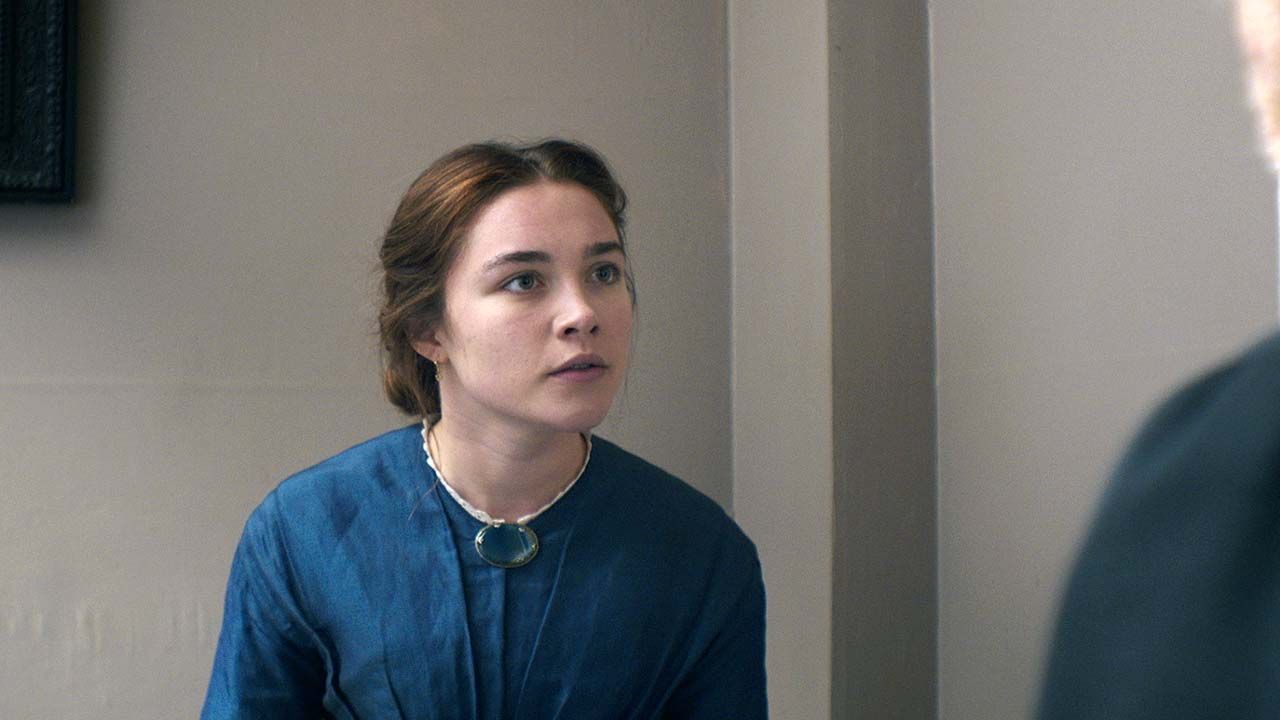 One of the greatest villains of all time, Shakespeare’s Lady Macbeth persuaded her husband to kill, with hopes of ascending rank while keeping her own hands clean. William Oldroyd’s Lady Macbeth is not directly related to Shakespeare’s. Yet, one can choose to view Lady Macbeth as a sort of origin-story for the character. Perhaps this is the story of Lady before she met the Macbeth.

Florence Pugh stars as the Katherine. She has just been sold into a marriage with an older man who obviously has no interest in her. When not attempting to subdue he husband’s sexually violent urges, Katherine must entertain his father, who lives in their home and chastises Katherine for improperly fulfilling her duties. When her husband Alexander (Paul Hilton) is called away, Katherine enters into an intensely passionate affair with one of her husband’s farmhands (Cosmo Jarvis). This affair awakens a deep ambition within Katherine, leading her on a tyrannous journey to get what she wants.

At just ninety minutes, Oldroyd’s film is a surprisingly taut thrill ride. Pugh is absolutely incredible, ensnaring the sympathies of her audience even when her actions are at her most dastardly. It is quite refreshing to watch this newcomer spread her wings in such an incredibly daring role. Her character is introduced as a heroin perhaps plucked right out of a Jane Austen novel, which makes Katherine’s first violent turn even more shocking. Lady Macbeth is worth seeing for Pugh performance alone, but the entire thing is elevated by a stirring screenplay by Alice Birch and taught direction from Oldroyd. Audiences looking for an alternative to the summer blockbuster will be treated to what is definitely one of the season’s best films.