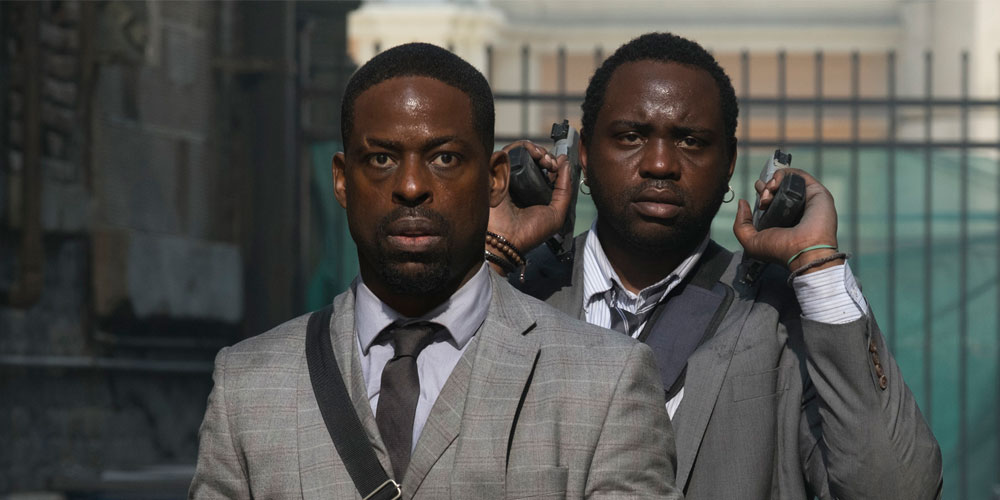 In a capitalist America where basic needs are restricted to the rich — so, a world little different from our own — is the titular Hotel Artemis. A hospital for criminals run by the Nurse (Jodi Foster), it is situated in downtown L.A. right next to the water company’s building; on a night where riots run rampant after water is shut off, the hotel is both a safe haven and just steps away from the time-bomb of civilian action as rioters inch closer and closer.

Hotel Artemis takes place over the course of one night, focusing on the hospital in the midst of the riots. An ensemble cast (largely in thankless roles) pads out the plot, with narratives spiraling in all directions. Sterling K. Brown comes to the hospital with his brother after a heist gone wrong; his brother, a secret drug user, is too poorly for them to leave the hospital to get to safety. Sofia Boutella plays an assassin hired to murder The Wolf King (Jeff Goldblum), a ruthless, powerful business man who owns the Artemis. Jenny Slate shows up as a cop — a controversial patient — who knows the Nurse from her childhood, triggering memories of the Nurse’s long-dead son. And Charlie Day features as a criminal of some sort, with no purpose to his role.

Ultimately, there are certain elements that are adequate. Many of the performances of Hotel Artemis are quite good; better than the script merited. Yet no matter how well acted, the plot overall is convoluted, with far too many threads. Each storyline is relatively simplistic and well-worn: the devotion to family and resulting trauma, the gangster action, and investigative thriller elements are easy to follow, at least. But with so much crammed into this fairly superficial film, it’s difficult to get invested in anything — a problem when so much revolves around emotional conflicts.

One could never argue this is a smart film, or even a successful film in any way. Action scenes aren’t bad but the drama is trite and the comedy is flat. Charlie Day as a screeching criminal is a migraine incarnate, a character with no bearing on the plot who only functions as irritation. And so when Hotel Artemis attempts to tackle the bigger issues (like the epidemic of drug abuse in North America or access to clean water) it comes off as tasteless, even if it feels like the film had its heart in the right place. They are problems that deserve and necessitate more gravity than the film can afford. Otherwise harmless, the best with to characterize Hotel Artemis is as a misstep, in every way.