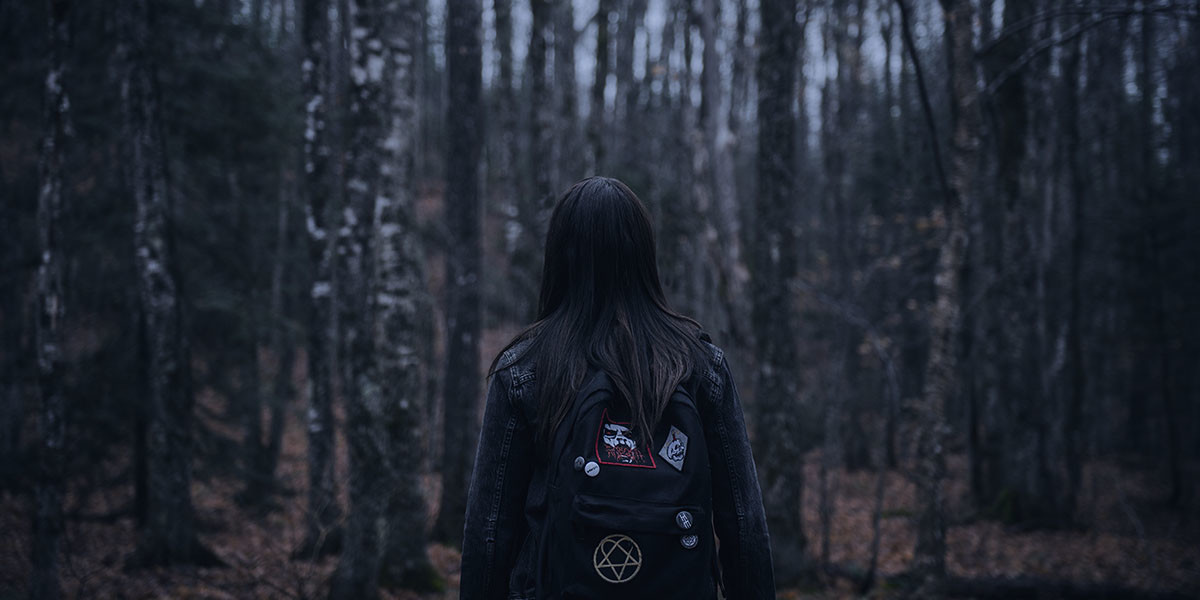 It's actually scary; what more could you ask for?

Teen goth Leah (Nicole Muñoz) is constantly at odds with her mother (Laurie Holden) after her father’s death. Finding solace in heavy metal, the occult, and a tight-knit group of friends, her life is uprooted when her mother decides to move them to an isolated house in the middle of a forest. The last straw for Leah, she seeks revenge by summoning a spirit, Pyewacket, to kill her mother. But Pyewacket is not as easy to control as Leah initially believes, as it begins, instead, targeting her.

From this basic plot summary, it is evident that Adam MacDonald’s latest film is almost painfully cliché-ridden. The solitary forest home is laughably conducive to demonic attack, while Leah’s foray into witchcraft (and subsequent help from her friends) feels ripped from The Craft — especially Leah’s friend Janice (Chloe Rose), whose whole look seems based on Fairuza Balk’s in the 1994 film. And that’s not the only film to be regurgitated here: a nighttime walk through the forest suddenly becomes Blair Witch-y in style (a strangely abrupt change from the film’s normal look), while Leah’s relation to an occult author feels straight out of Francis Ford Coppola’s Twixt. Even Leah’s construction as an outsider teen is formulaic, while much of the dialogue seems to be nothing but filler between more exciting spirit scenes.

But despite how poorly made Pyewacket is in its derivative and thoughtless creation, it’s not necessarily bad. What it does succeed in is fear. The build up to Pyewacket’s introduction is as scary as the spirit itself (where in so many horror films, the monster cannot live up to our imagination), while MacDonald expertly uses suggestion (footsteps, reflections, hidden demons, and editing away) to dance around a more blunt presentation of his villain. With a film generating genuine thrills, it’s hard to fault it too heavily its clumsy narrative and characters.

Review: Into The Woods

What this film has in heart, it lacks in brains.