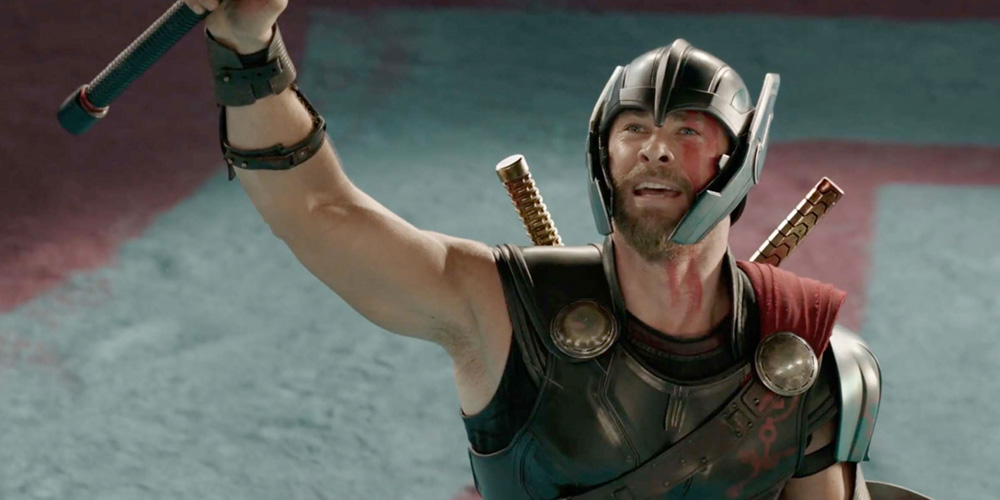 The Marvel Universe continues to expand with Thor: Ragnarok, the high octane third film in the Hero’s saga, and the millionth movie in the Marvel timeline. People throw around “high-octane”, but this film really is a roller coaster ride that you don’t want to get off of. It’s hilarious, tons of fun, and at the end of the day… empty.

Chris Hemsworth returns as Thor Odinson, the part time Avenger and protector of Asgard, his homeworld. We find him in the midst of travelling the realms, in search of any being that might initiate Ragnarok (the fabled destruction of Asgard). In standard Thor fashion, he assumes it’s as simple as finding the bad guy and beating him to a pulp, but upon learning of his imprisoned and estranged sister Hela, true dimension is given to his problem.

Thor’s adventures introduce a range of new characters and bring back a handful of old ones from across the Marvel Universe.Not all of it is good however, with the Doctor Strange scene feeling more than a little forced. Mark Ruffalo’s Bruce Banner/Hulk are present through a lot of the running time of the film, and it’s a blast to see. In fact, one of the stand out moments of acting actually comes from a moment with Hulk as he remembers Black Widow. His chemistry with newcomer Tessa Thompson, who plays everyone’s favourite alcoholic slaver Valkyrie, is one of the main things that keeps the second act going. Jeff Goldblum also gets credit for second act redemption with his hilarious portrayal of the Grandmaster. The real star of the show however was Hela who was played marvelously by Cate Blanchett. Everything from the performance to her character’s action choreography was incredible, and it doesn’t stop there. Marvel films tend to have third acts fall apart due to poor writing in regards to the villain’s demise. The film tries to raise the stakes but you never really feel it. Hela is the exception to this rule delivering a fantastic showdown in the third act of the film that is inventive and fresh.

While the film excels at laughs, it often feels as if you’re in the middle of one big joke. One punch line after another starts to get old when there is nothing anchoring any of it, and unfortunately this is where Ragnarok truly falters. There is a good plot lost in all of this entertainment they’re trying to throw at you, and while it’s great for a good time, it doesn’t make this a great film. As we enter the third act we are pulled from non-stop fun and asked to remember that there are themes here bigger than the jokes. It’s jarring and miscalculated. At times you assume that this is the Thor film you’ve wanted, but when you step back it begins to feel like a Frankenstein’s monster that includes everything that has worked for other films and not much to show for itself.

Thor: Ragnarok is an entertainment juggernaut, delivering laughs in spades and bone crippling action sequences that see every comic fan’s’ dreams become reality. It begins to break us away from Marvel’s lackluster villains, and sets us up for way more Marvel adventures. For all it is however, it lacks one crucial thing: an identity, leaving you needing when you’ve already had so much.

All that glitters is not gold, but this documentary is pretty damn close.