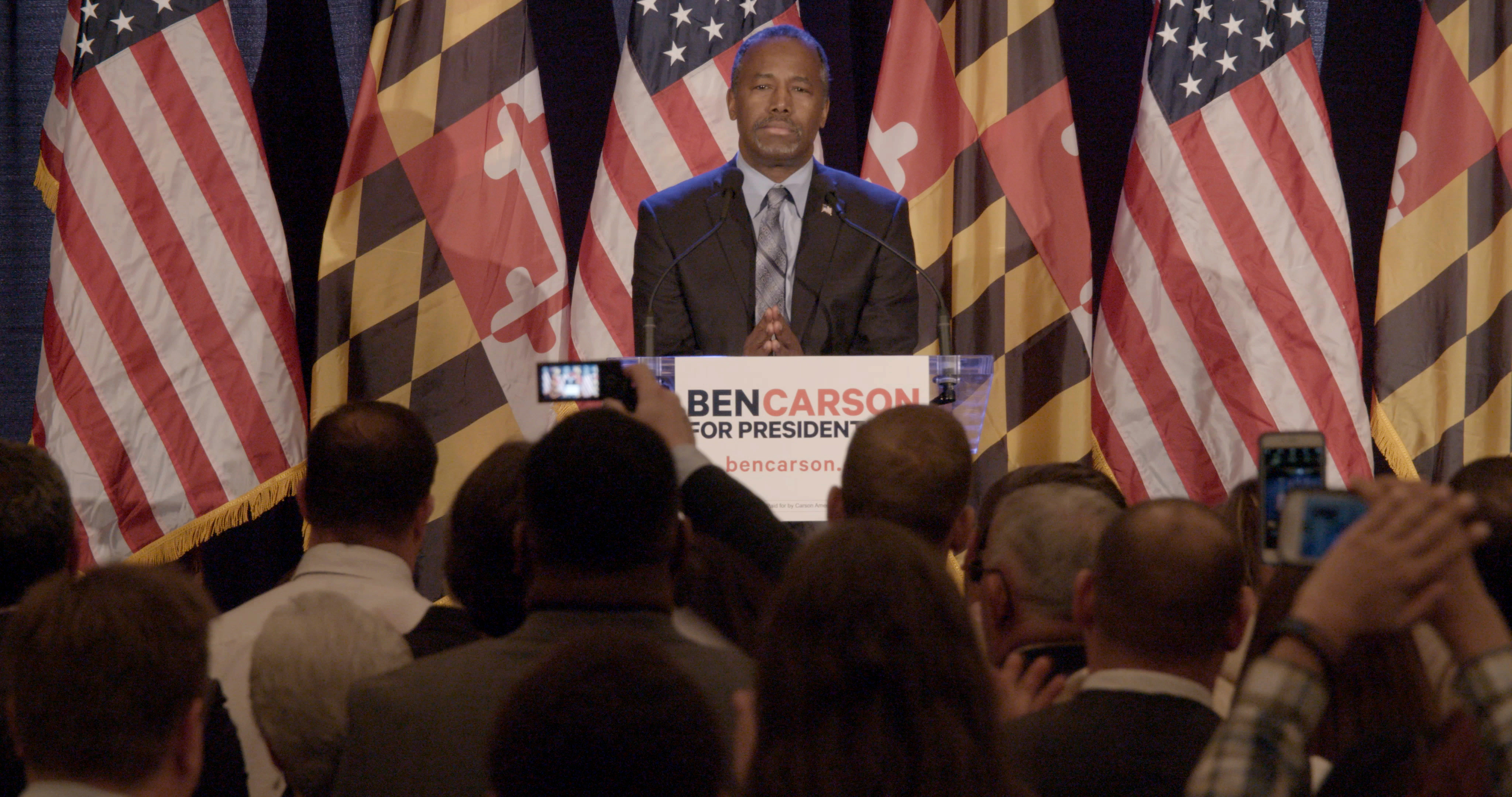 PACmen is Luke Walker’s observational documentary that follows the people behind the Super-PACs (political action committees) that somehow persuaded Dr​. ​Ben Carson to run for President. Walker embedded himself with two such groups who raise funds, spread the gospel – as in the words of Carson and Jesus, seemingly in equal parts – and send Carson to the top of the polls. However, as the primary season drags on and Carson falls well behind other Republican hopefuls, the money dries up and the man who many thought was touched by God to become President, doesn’t even make it past Super Tuesday.

The film does well to capture the utter strangeness of Ben Carson the man and the campaign, mostly through Carson’s own sound bites. Walker also succeeds in conveying the significance of religion in the politics of Carson’s most devoted members and the film raises really interesting questions around religion and civic duty. For many, it appears that campaigning for Carson was a religious experience or at least an experience tied closely to a Christian identity, which raises many questions that this doc can’t begin to answer.

Unfortunately, the film captures little of the unraveling up close but instead remains focused on the political committees and their conference calls. While this all speaks to the mundane nature of even the most storied campaigns, it makes for less than riveting entertainment. Moreover, the motivations of Ben Carson to become president are still unclear, which likely speaks equally to the film’s style and Carson’s elusive personality. PACmen is a competent, sometimes humdrum look at American politics with enough political discussions to keep political diehards interested.