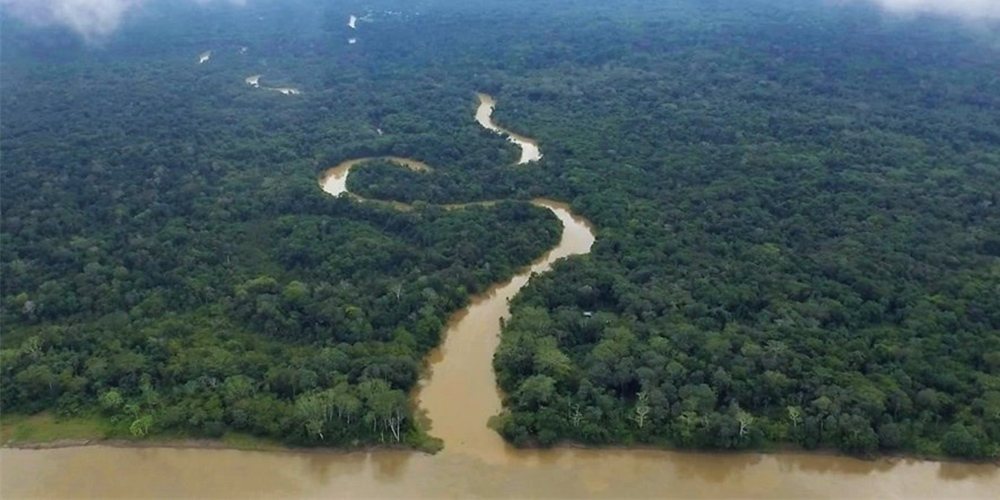 Mark Grieco’s A River Below, a surprisingly engaging documentary, chronicles the efforts of two men — Fernando Trujillo and Richard Rasmussen — working to protect the Amazon River’s endangered indigenous pink river dolphin.  Used as bait for fishing, the dolphin is being hunted to extinction.

Rasmussen is a wildly popular TV personality in Brazil where over 20 million people watch his wildlife and exploration show. Trujillo is a marine biologist and the world’s leading expert on the pink river dolphin. He also acts as a sober, thoughtful voice in the film, in contrast to Rasmussen’s open brazenness. While Trujillo proves to be a compelling character in his own right, Rasmussen is undeniably the star of the film. His Bear Grylls meets Steve Irwin persona is equal parts charm, deceit, and passion and his scenes are compulsively watchable.

As each man works towards the common goal of protecting the dolphins with varying degrees of success, questions abound related to ethics and the best way forward. Watching these two men tackle this issue while also relaying their thinking to the camera, makes for a fascinating exploration of human behavior, which only intensifies after a scandal directs public attention to the pink dolphin killings.

Despite their different approaches and temperaments, both Rasmussen and Trujillo face real dangers related to the impact of their work and the economic and social upheaval it will cause. The fishing industry is the lifeline for many small communities already living in poverty with no other source of income. Threatening the availability of dolphin bait is threatening the very existence of these communities. But as Trujillo points out, this is about much more than dolphins.

A deeper look at the socio-political landscape may have proven valuable, but nonetheless, A River Below remains a gripping and thought-provoking film.