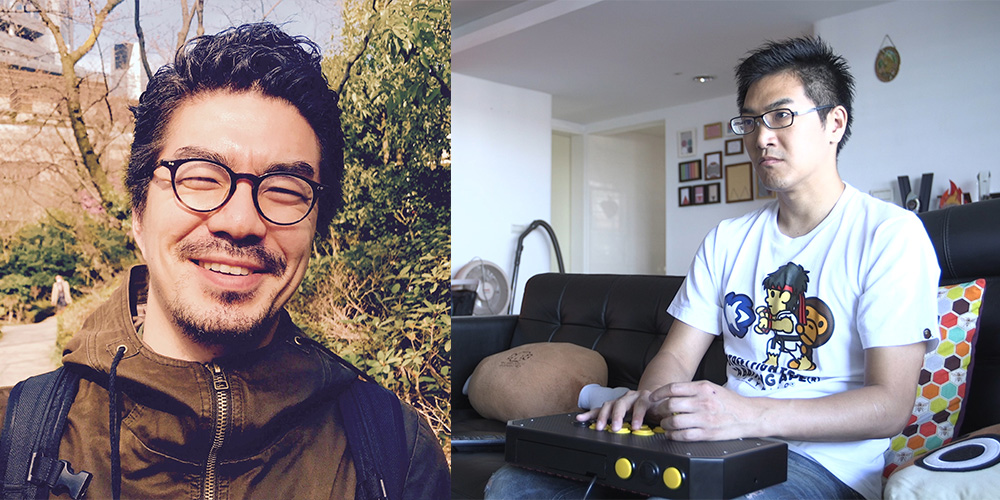 Living the Game, explores the glorified world of E-Sports, aka “Professional Gaming”. The documentary dives into the shadows are present beyond the main stage, and paints a human story past the controller. It’s also currently playing in the Hot Docs Festival!

Scene Creek got the chance to interview the documentary’s director, Takao Gotsu. We took the time to explore the production of a documentary that spans the globe, and the director’s own involvement in gaming (or lack of).

1. Each player brought his own unique story to the table, and as we saw the film unfold their individual stories pieced together to tell a much larger human story. How did you decide which players to focus on for this film?
The stronger he becomes, the more they look down on him – they struggle with their self esteem. Umehara is the God of this fighting game world and Momochi is the only one who trying to overcome the wall that Umehara made so I decided to pick them as  the main characters.

2. Have you ever participated in Esports yourself? If, or if not, why focus on telling THIS story?
No – I was not good at gaming and quit soon. When I found Daigo(Umehara)’s book, that was my trigger to start this project.3. How did you manage to coordinate the shooting across the globe between different teams? Lastly, once you got all of the footage, how long did this take to cut?
I went overseas with local crews, and then we edited for two months.
4. Did you try your hand at any gaming against the Esports gamers? If so, were you victorious?

5. Do you keep in touch with any of the Esports professionals in the documentary?

Not that much directly – but I follow them by the web news.
1

Interview: Jesse Eisenberg talks magic and his upcoming film ‘Now You See Me’