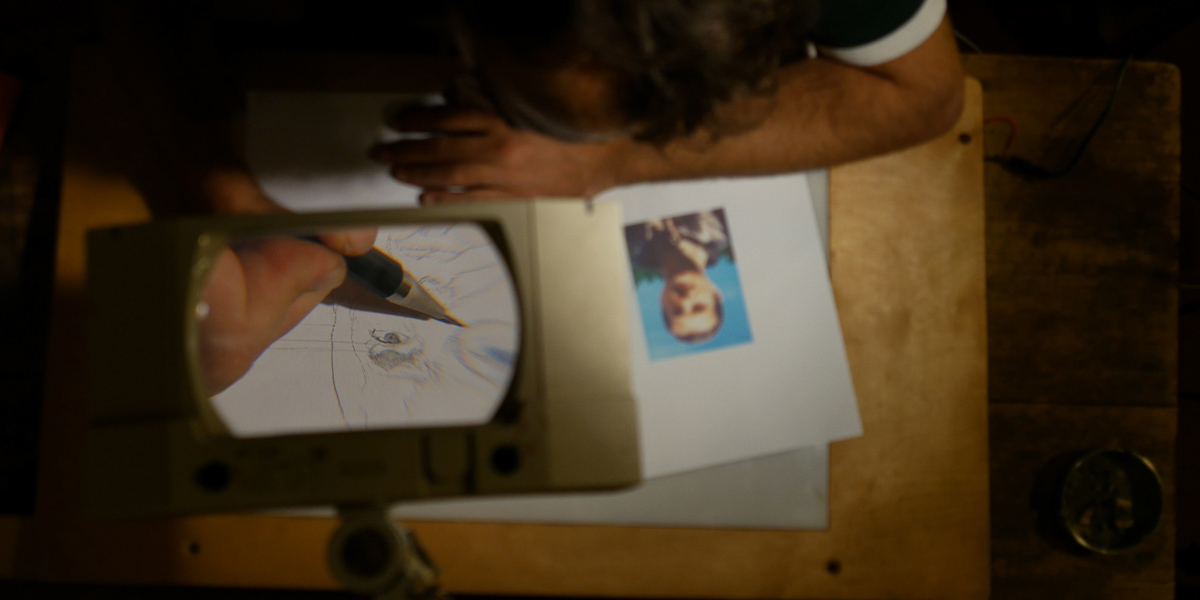 In his fascinating debut feature, Ghassan Halwani interrogates the aftermath of the Lebanese Civil War, and the people who disappeared during it. With Erased,____ Ascent of the Invisible Halwani looks to how people can become invisible, but not cease to exist. Examining trauma, memory, and the right to a human life (and death), Erased brings up questions on violence which are illuminating, heartbreaking, and pertinent.

Shedding light on the issue of the people who disappeared during the war, those who are presumed dead, and potentially even found in the mass graves which litter the country, Halwani is able to elucidate the issue of a right to closure. Though death and loss are traumatic to all involved, those who are gone are forced to become immortal, never joining their families in life or death, never able to return home. His ruminations are paired with disembodied investigations. Hands are shown working meticulously, scraping away layers of pasted ads in the streets of Beirut to reveal posters searching for lost men and women, cutting up missing notices to place small photographs beneath magnifying glasses, or drawing animations of the people who are gone. In beautiful tributes, the disappeared are drawn out and made to live again in these animations, continuing the lives that were taken from them.

Often the work shown on screen is clunky. Research and excavation feels staged when the film is otherwise organic, and raw. The animation has a certain off-putting look to it, slightly too indie, which feels simply unstylish. But beyond certain tonal misses, Erased is a powerful, thoughtful film on death, trauma, and nationhood.