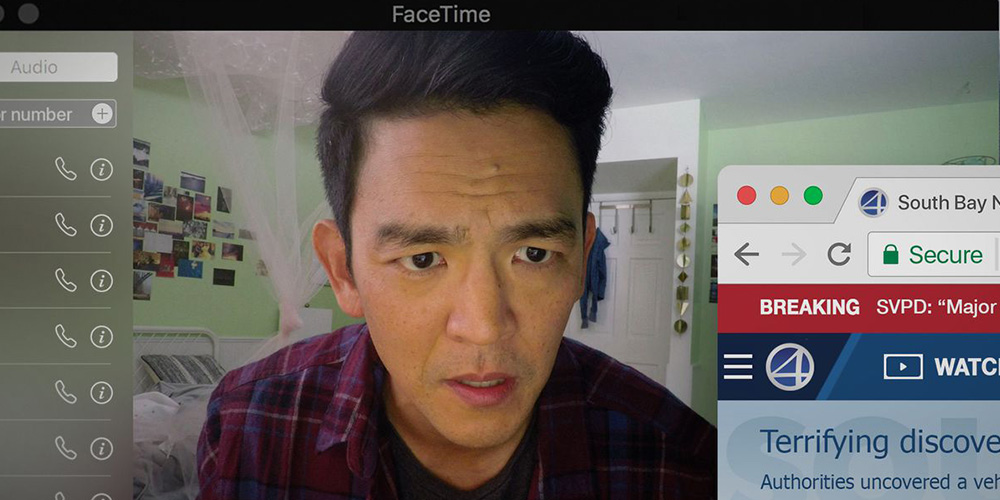 What the A Quiet Place and Hereditary did for horror this year, Searching will do for the commercial thriller. The movie being told via a computer screen means that the obvious comparison is Unfriended – so isn’t Searching just a thriller version of Unfriended? No. It is so much more.

Although Searching uses the format made famous by Unfriended (which coincidentally just released its sequel, Unfriended: Dark Web), it ultimately refines and expands upon the format of viewing the film through a computer screen. Searching is executed more sleekly and removes some of the restrictions of using a computer screen in creative ways: we see a screensaver to show the passing of time, we switch between different computers and devices to get more movement, and we have everything from CCTV footage to news reports appearing on screen. And thank goodness, we avoid any of the cringey fake text talk or misused emojis that we often get in texting sequences of films. Finally, teenagers texting like teenagers – and not how movie execs think their step-daughter who they don’t like texts.

The story is also compelling – and has more depth than you would expect. It opens with a nostalgic Windows XP sequence that documents two parents and their young daughter growing up via their computer. The opening has a quick and emotional story that is reminiscent of the famous opening of UP. Skip forward to their modern day Apple macs, and you have a father (played by John Cho) trying to get hold of his teenage daughter (played by Michelle La) before realising that she has gone missing.

We learn through his investigation that his daughter suffers from loneliness – a theme the movie explores with believability and without taking the obvious route of having her be a victim of bullying (or cyberbullying). The father is also somewhat lonely, which is just one of many complex emotions we see him blast through in an excellent performance by Cho. Both of these characters, as well as other mains and minors, are developed both through their on screen performances and some clever use of internet content surrounding them.

Despite its depth, the film is not just an emotional drama. It still packs all the perfect twists you want from a thriller, and builds tension in all the right places. Twists that are earned and pulled off flawlessly. And if that wasn’t enough, it also has some stand out comedic moments that provide the icing on a delicious cake.

Put simply, Searching has the format of Unfriended, the opening of Up, the thriller power of Gone Girl, with a hint of American Vandal comedy and A Quiet Place innovation. What’s the lesson from all this? Maybe it is that we don’t need to compare this film to anything, it already has its own perfect identity.

Review: Dawn of the Planet of the Apes