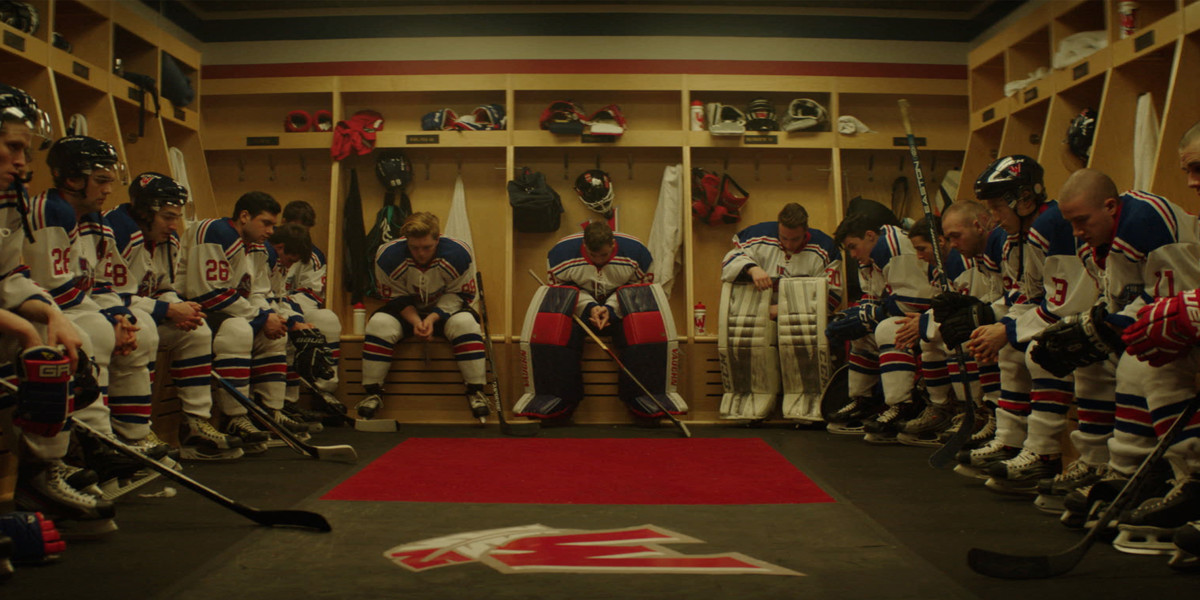 The consequences of sports violence and the expectations of masculinity are scrutinized in Kevan Funk’s affecting debut feature, Hello Destroyer.

Jared Abrahamson gives a vulnerable and sophisticated performance as Tyson Burr, a hockey player with a lot to prove, who we get to know as a sweet, gentle kid who in his quiet moments displays his sensitivity. This is what makes it all the more shocking when during an integral hockey game, Tyson gets into a violent encounter with another player, and in a moment, his whole life changes.

There was no intent behind Tyson’s life-threatening attack on this fellow hockey player, but that’s not how Tyson’s story plays out. Stricken with guilt and grief, Tyson retreats into himself amidst a society that is suddenly against him. While the morality in the film treads a fine line, we find ourselves sympathizing for Tyson, who in any other depiction of such an event would be made out as a villain.

Kevan Funk’s Hello Destroyer is the anti-thesis to any sports film that has come before it. This film does not celebrate sports, and frankly, it’s not really even about sports. Hockey serves as the backdrop in which a young man is in a position to perform his masculinity in a more prominent way, and Hello Destroyer critiques this while still showing us the flip side. Tyson is a complex character who is not a villain or a hero, he’s just a person who made a mistake within an institution that essentially encouraged him to act out in the manner he did.

A dark portrait of sports, athletics, and the consequences of masculinity, Hello Destroyer deals with extreme subject matter in a very quiet and unnerving fashion. Despite how much the film is filled with silence, it is never once boring, but instead draws us into the mindset of its protagonist, who doesn’t know how to cope with his situation other than to keep to himself and to attempt to continue living a life; albeit a life without hockey, a life of repentance, and a life that is empty—all because of one split-second impulse. It’s a devastating portrait of a man who is let down not just by himself, but by the system.

Hello Destroyer will change the way you view sports as entertainment— the expectation from an audience that Tyson should deliver some kind of a show, to act aggressively and masculine, by starting a fight. His strength is greater than he knew, and his actions backfired beyond belief. This is a tragic film that is extremely relevant and that is essentially not even a sports film. It shows the dark side of a form of entertainment that is heralded as one of the greatest pastimes in the world, and exposes it as the potentially dangerous and ultimately pointless thing that it can be. This is an audacious debut feature from Kevan Funk, and is one of the best Canadian films in years—especially because it tackles such a Canadian topic in a profound way. Hello Destroyer will be hard to shake, but it’s an essential film that will linger with you and alter your perspective.