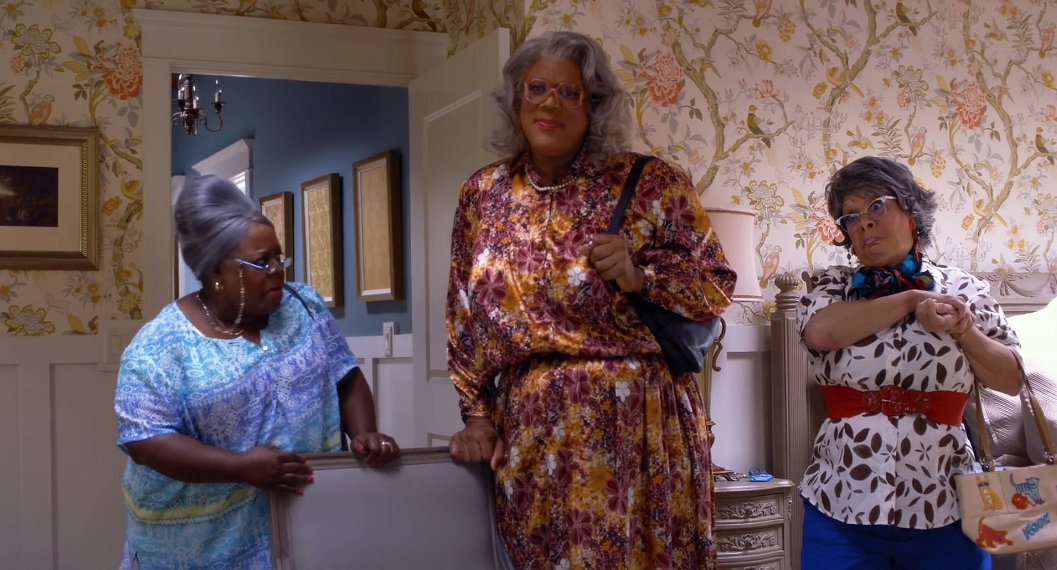 Cassi Davis has been with Tyler Perry since the beginning. First appearing with Perry on the stage, Davis charmed TV audiences for six years as matriarch Ella Payne on Perry’s hit television series House of Payne. When Payne ended (though it is currently enjoying a revival as The Paynes on the Oprah Winfrey Network), Davis joined the Madea films as the loveable Aunt Bam. In A Madea Family Funeral, Davis portrays Aunt Bam for her fourth time on screen. This Spring, Davis will join Perry on stage as Aunt Bam for his Madea Farewell Tour. We spoke to the legendary comedienne about working with Perry, his frenzied shooting style, and whether or not this is truly the last we’ll see of Madea.

Scene Creek: I guess I must start with the most pertinent question. With the “Farewell” play tour and Madea Family Funeral, is this the last we’ll see of Madea?

Cassi Davis: Well, Matt, can I really be honest with you?

CD: When I was given the Farewell tour speech and the Funeral speech, I was concerned about Madea dying. So Madea does not die. I’m clear on that. As long as Madea is not dead, I think you could see her again. That’s just my hope. I know Aunt Bam is going to do everything she can to make sure that Madea is seen again, because Bam will be seen again. You know what, I really don’t know. I just know that Tyler Perry does not like to beat a dead horse. He doesn’t want to be Madea’s age and act out Madea. I think he’s enjoying what Madea has accomplished and what she’s done for so many people and he has so many other avenues to take. I think he’s just stepping away to do that. Madea’s not dead, but she is going away. If that means Goodbye, then I think he’s doing it with a bang. Do I hope that is it not true? Definitely. I have the best seat in the house. I sit next to him and marvel at his talent. To know him as a person and watch the two mesh together, it’s just a wonderful combination. You never know what Tyler is going to do. I think it’s been major for him to say farewell.

SC: I was speaking to Lyric Bent from Tyler’s film Acrimony. He said that Tyler works faster than anyone else he’s ever worked with. Particularly that Tyler does one take, finishes scenes fast, and moves right on to the next one. What has your experience been like shooting with Tyler?

CD: Well I’ve been with Tyler since 2004. So I’ve been able to watch him again up close. So it doesn’t become career oriented for me. It’s an experience. It is a quick experience. For me, when I’m working with someone who knows, I haven’t worked with numerous directors. Tyler Perry, I’ve adapted to him. If I get on a set and its months and months and days and days, I think, “What, we gotta do that again?” [laughs]. I think I’ve been trained under him so well that his flow is my flow. So i enjoy the speed and I enjoy capturing the moment at the moment, rather than rehearsing and making it a moment. That’s just my take on it. It’s so live and it’s so real to me that I understand the quickness. Also, from a business standpoint, it is all his money [laughs]. If he needs to do that to make sure he gets what he needs to get, then the quickness should be considered relative. I don’t think I’m the best person to ask that question because, again, I’ve trained in this particular camp. I don’t know how the gentleman from Acrimony feels, but I like the fluidity. Please let me know when the interview starts so I can make sure my answers are correct [laughs].

SC: Oh, we’re going [laughs]. Some of my favourite moments in these films are when you have Tyler playing three characters in one scene while you and Hattie sit next to them and everyone lets loose. What’s it like to shoot those scenes and pretend that there’s three Tylers in the room?

CD: As you were asking that question, I was shaking my head. As the young people say, it is SMH. I’m just sitting there shaking my head. He has to take it as Madea, then he goes away and makes a take as Joe, and then he comes back and if he’s another character he has to make those changes. To watch him remember what the other characters said, it’s crazy. It is the best thing to see and watch. He has to remember what Madea and Joe said so that he can react to what Heathrow has to say. Then he’s Brian, and he’s himself. It’s the best. Watching a mastermind work, really. Whenever you say Hatti’s name, I just think Patrice is so lovely, pun intended. Hattie is just hilarious all the time. On and off the set. When we have our down moments, when it’s just Tyler, and Cassi, and Patrice sitting in a room, and with this play with David and Tamela, it’s glorious.

SC: It’s really exciting to have David and Tamela Mann back for this new play. It’s been almost ten years since they’ve worked with Tyler. What was that experience like, getting to work with them again and have them back in the process?

CD: Are you kidding me? For me, they created the process. When I came in, David and Tamela were already in Tyler’s camp. I was introduced to them and the whole thing in 2004. They are just as lovely as they were when I met them. To have them come back, with all the success that they have accomplished, it’s still as humble, crazy, fun, creative, and loving. Watching Tyler’s chemistry with them, that dynamic is beautiful. Watching Tamela be Madea’s daughter and Brown be the daddy, it is the craziest thing to watch them create those characters and then watch them in their regular lives where they just love on each other. It’s great to see. It’s like family; sometimes family can throw punches, but when you stand there and heal, oh my god, it’s the best. They were there in my beginning, and now I’m here as they return. I hope that I have help up the banner for them. I hope they’re appreciative for me, to be working again with me, because it’s an honor for me to work with them.

SC: There’s a really incredible scene in this film where Joe is driving with Madea, Brian, Hattie, and Aunt Bam, where they get pulled over by the police. Tyler, in his trademark fashion, crafts a really funny scene that seizes the opportunity to discuss police brutally and the fraught relationship between the police and the black community. It’s done in with humour, but an appropriate amount. What’s it like to shoot those scenes? There are a lot of funny moments in these films but it’s always important for Tyler to have a lesson or something the viewer can take away from the humour.

CD: That’s correct. He was really particular about that scene. Tyler did not want to offend the policemen and he did not want to offend the victims. He wanted to bring light to the issue. I think, as you said, he did it in a very smart way. Well you didn’t say that, that’s just me [laughs]. You said, he did it only as Tyler can do it, and that’s true. It was a very clever way of saying, ‘Hello, this is an issue we should pay attention to,’ and it was good. If you look at it overall, that was a car full of old people and one young person. The old people had their hands up. All of that is basically indicative of the day. The old people have always had to put their hands up and they’ve always honored the law. If you think about it, the law is always a part of upbringing for black people. I think that Tyler said a lot, without saying a whole lot, but there was a whole lot he could have said.

5 Questions with Mickey Sumner of This is Happening

5 Questions with Sophie Nélisse of The Great Gilly Hopkins

The ABCs of I for Iran: 5 Questions for Brad Deane & Amir Soltani

Jake Gyllenhaal on Nightcrawler, crafting a character, and morality.