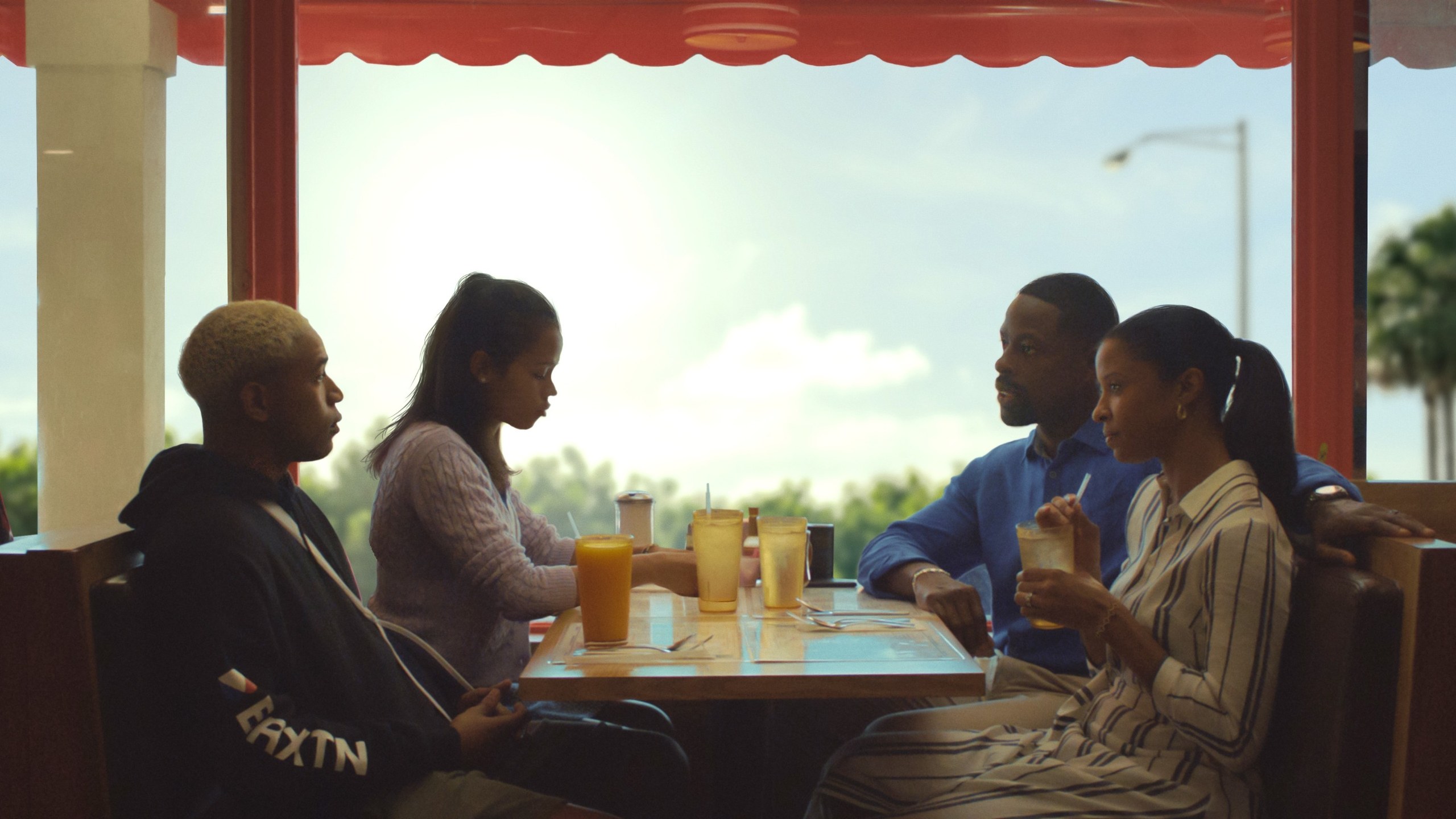 A Conversation with Trey Edward Shults and Kelvin Harrison Jr.

Shults and Harrison Jr. dish on their "therapy sessions" that led to creating one of 2019's masterpieces.

Waves is far from you average cinematic experience.

If you listen to enough interviews from Trey, you’ll quickly find out that it was far from the average production as well. He’s far from shy about it, diving into the conversation about his depression after It Comes At Night and how his conversations with friend and colleague Kelvin Harrison Jr. helped usher in Waves. Like the film, Shults is willing to put it all on the table, letting his guard down time after time.

The story of an American family’s trials and tribulations is a classically raw depiction of life and love. It also happens to be the story of a black family, written by a white director that rings so true it deserves applause. These conversations with Kelvin became “therapy sessions”, and as the script was written Kelvin was there. Going through drafts, reworking and rethinking dialogue with Trey, and being a necessary insight to something Trey himself might not be able to grasp, but is clearly willing to try to understand.

What they’ve produced from this partnership is nothing short of breathtaking. It’s extremely evocative and will stick on your bones like the best ribs. A film thematic resonate with love and understanding was not only birthed, but developed within the same space, and it’s all on screen for us to experience – a rare cinematic win.

We sat down with Trey and Kelvin for a lively discussion on the production and their partnership at the Elevation Pictures offices in Toronto, Ontario.

SC: We’ve heard a lot about how close you two worked on this project. Kelvin, was this your first time being involved at this high of a level in the pre-production of a film, and how was it for you?

KHJR: Kind of. I had an opportunity right before this movie. I was in a film called Gully and that director let me get really in there, surprisingly. So, I think I had a little bit of a tease of what this could be like, but never in this capacity.

We started talking about it long before. We sat down at a coffee show and Trey told me about the two parts of the movie and asked me which one I wanted to choose because he wanted to tailor a role for me. The conversations we were having though were just general conversations about life, and then by the time I got the script that’s when I realized that he really cared about my thoughts on character, dialogue, and what would be said and what wouldn’t. So, it was incredible to collaborate in that way. It helps you, as an actor, dive in more so that the performance doesn’t feel like a performance to me. I can actually just feel like I’ve lived in it, and not try so hard to hit marks, or eats, or try to execute anything. I can just breathe and it made the movie experience so much easier and fun.

SC: When Waves was first announced, there was a lot of noise about it being a powerful drama centered around a black family, but it was also coming from a white director. The film puts that all to rest though presenting a family that is every family, not just a black one. The conversation between Tyler and his father where they discuss why he’s so tough on him is easily one of the films best and most honest. With a big part of the reason being racial, what was it like conceiving the scene and assuring that it rang true to a conversation that most have in real life. Additionally, kudos on such a well handled scene.

TES: That scene is a perfect example of our collaboration. In those little therapy sessions as we’d like to call them it’s really about finding the commonalities in our experience, but then the specific differences. So, like commonalities: the pressure and the way Dad is, I can relate to that, wrestling. For Kelvin, it was music.His Dad pushed him specifically with music and then the specificity of a black father and son, that’s all from Kelvin. That’s all from talking about that.So, I’ll listen to him and then I’ll take a stab at writing it, and then he’ll get a draft, and that scene is a very exact scene where I’m taking specific notes from Kelvin.I’m really trying to hear him and understand. Then I’ll do work and rewrite it, and then ask if I’m getting closer to the truth here. Is this more authentic to your experience? It’s all in that collaboration and communication, and just trying to understand.

KHJR: I had to try to understand my own dad and the stories he would tell me. I mean, I feel like a lot of friends I know, and a lot of young black men have had that conversation with their Dad, and Trey had a similar conversation. That’s what was so mind boggling. He had a similar conversation about being the best and being number one, but I was like “What happens when you add the pressure and the history of black people on to that and put that chip on Ronald’s shoulder?”. You’re looking at a family that’s privileged at the end of the day. This is a middle class family, he can dye his hair blonde, drive a monster truck. That’s not happening everywhere, and at the end of the day Ronald’s like “You’re spoiled. Let me remind you what you look like. Let me remind you who you are and let me remind you where you came from. It was just like this moment for me… I didn’t ask for this. I didn’t ask for all this information, but it was a necessary piece that I needed to understand in order to keep going in my life. So, with that scene, it was explaining where Ronald comes from and that’s where we started talking about my grandparents, and I told Trey stories about my grandpapa. He owned a cab company, he was one of the first black men in New Orleans to own a cab company, but he never drove my Dad around. My dad told me he would walk from Toolooa Street to Saint Charles to the West Bank with my saxophone at twelve years old. You don’t understand how good you have it. My dad also played in a band with Harry Connick Jr., who’s a big star today. It’s just the idea that you could be just as talented as the person next to me, but will I have the same opportunities. Do you understand that? So, It was explaining all of that to Trey, he heard it all, and he wrote a monologue, and I was just like “Ah, well that checks out.”.

Waves is now out in select theaters.

Interview: Robert Davi sits down and discusses The Great Chameleon

Interview: Yael Stone discusses her character on Orange is the New Black and what lies ahead