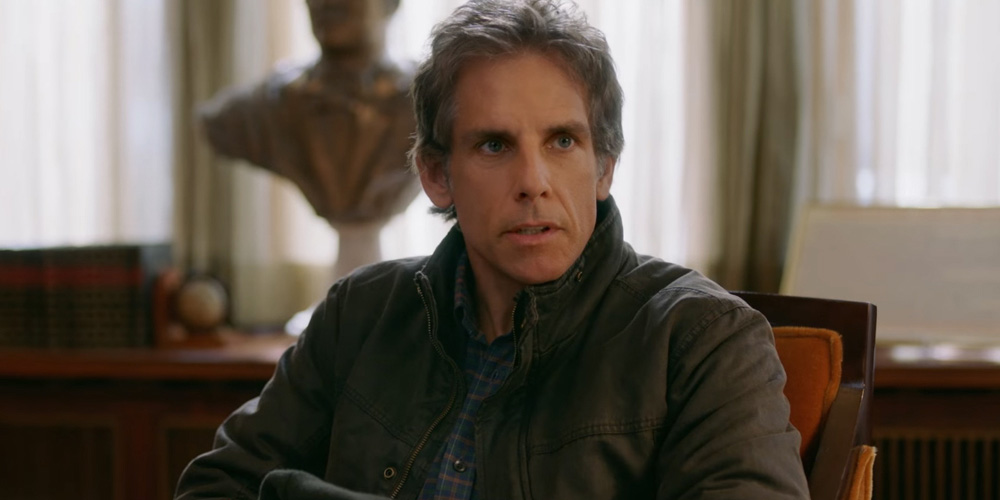 In Brad’s Status, Brad (Ben Stiller), from the opening scene of him restlessly contemplating the status of his life, comes across as deeply unsettled. He is full of self-doubt and unsure of his choices, which is especially alarming considering his choices resulted in a reasonably pleasant life, including a wife and son.

Despite having a life many would trade for, Brad can’t help but compare himself to his college friends who went on to live less altruistic, but ultimately extremely successful, lives. Brad is whiney, somewhat delusional, definitely experiencing a mid-life crisis of some kind, and is perpetually unhappy due to unfulfilled needs and wants. In other words, Brad is the worst. But, parts of him are uncomfortably relatable, and this is only possible due a strong performance from Ben Stiller but perhaps more so due to the script of writer/director Mike White (Ned Schneebly!!), who makes Brad’s pain feel lived in.

The truth, according to Smith, is that people are in pain, and it’s no less real if it’s not a pain you can relate to. As he puts it, “Everyone suffers in their own way. It doesn’t mean you have to feel sorry for them but it is his life.”

In the film, Brad makes this point to a young women who can’t understand how someone in his upper-middle class, privileged position, is so discontent. Just as Brad becomes nearly completely insufferable, the confrontation disrupts his uninterrupted descent into further delusion and the contrast of worldviews between Brad and this young, optimistic woman, is fascinating.

“Somebody in the movie had to put up the mirror to him and be like, ‘cut the shit, you’re doing just fine’, White explains, “but I also feel like, even if someone has a nice life, we all suffer.”

In fact, on the topic of male fragility and perceived pain, White does see Trump, shockingly thin-skinned despite his power and success, as someone who reminds him of Brad, even if just a small part of Brad’s persona.

“Trump is in pain! Again, you don’t have to feel sorry for him but his pain is real”.

That’s right – those late-night tweets come from a place of pain, however confounding that may seem. Thank goodness we don’t have to feel bad for him.

Five Questions for Kyle Thomas and Stephen Bogaert, director and star of The Valley Below

5 Questions with Naomi Snieckus of Two 4 One

Interview: Yael Stone discusses her character on Orange is the New Black and what lies ahead