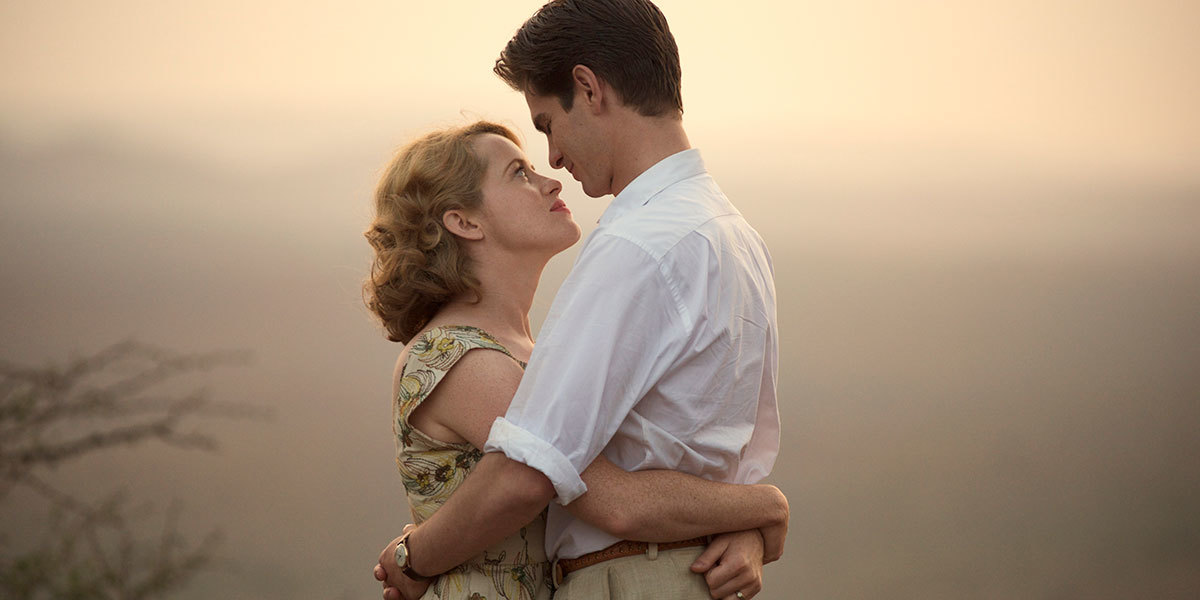 In the much anticipated debut film by director Andy Serkis, Andrew Garfield stars as Robin Cavendish, a charismatic man who contracts a devastating disease known as polio. With his partner, Diana—played by Claire Foy—the two begin a journey together to not just survive with the disease permeating their lives, but thrive.

This film, based on a true story, is exactly the type of picture that the Academy adores, and viewers will likely be hearing more about it as Oscar season edges closer. Adding to that noise will be the discussion surrounding Garfield, who gives an absolutely heartwarming and tactful performance. Similar to how a film like The Martian wouldn’t have worked if the lead hadn’t been Matt Damon, Breathe would feel empty and bland if Garfield wasn’t at the helm.

Unfortunately, the film also hinders itself from the get-go in such a way that affects the viewer’s investment level for the remainder of the run-time, causing tug-at-your-heartstrings moments to be much less effective than they could have been. Breathe tries to save itself with a surprising amount of legitimately humorous scenes—and almost succeeds!—but ultimately serves as a lite version of The Theory of Everything.

Even so, the film is fun and lighthearted, and as far as directorial debuts go, Serkis could have done much, much worse.