Speculation abounded about who would replace Joss for this panel as the massive Marvel Panel that had taken place in the much hallowed Hall H the night before had revealed that Joss had required knee surgery in London and had been given strict orders not to fly for a good two weeks after unless he wanted to risk complications. Disappointed as I was that Joss was not going to be there I was still curious to see who Nerd HQ would produce instead.

I was pleasantly surprised with the solution. The always popular Nathan Fillion had rallied on Zach Levi’s no doubt by now, exhausted and somewhat drained behalf, and rustled up a panel of crowd pleasing members who were each connected to Joss in some way. Alan Tudyk (Firefly), Seth Green (Buffy), Chloe Bennet (Marvels’ Agents of SHIELD), Liam McKintyre (Spartacus) and Nathan himself all contributed to this one hour panel sharing stories, anecdotes and laughs  mostly related to Joss and sometimes related to the questions being asked.

Nathan kicked the panel off by recounting his challenge of trying to find a number of them to fill in for Joss. There was some coercion, some calling in favours and just some friends helping out friends  in need. The jokes flew fast and funny with the stories of meeting for the first time, stories from on set where each of the panelists recounted a moment that they had felt intimidated by Joss. Chloe recalled that moment where she told Joss that he looked like absolute shit as she walked out of the room where she’d just read for a few of the studio and network execs which was quickly followed up by instant feelings of how stupid she’d just been to do that. Nathan recounted the story where Joss, very solemn and serious, took him aside very early on “to have a word” and Nathan thinking the worse was so relieved to learn that he hadn’t actually been fired.

There were discussions about any of the characters they’d played and what they had wished their characters had done on screen but for whatever reason they didn’t get there. Alan Tudyk’s deadpan response for Wash “Live?….living would have been good”. Then the whole sacrificial question came up…if your character had died or was written to die which other character should be sacrificed instead so that you may live. Plenty of light hearted yet still interesting conversations abounded.

Then with around half an hour to go….Nathan clearly got the signal and gave the cue because next thing we knew Joss was on the big screen behind them, skyping in from London! There was obviously a little delay with the audio but for the most part it was a great transmission and Joss shared with us his experience of British hospital care, his doctors orders and the severe lack of vicodin revealing that the British stiff upper lip is actually incredibly stiff and the shocking idea that perhaps an aspirin would do. At that point he showed us his own version of self-medication holding up the massive glass of wine that he was sipping from. Joss got lots of good questions himself, some about the latest Avengers movie and also about the revelation of Guardians of The Galaxy 2. The one that was most interesting was posed by a clearly diehard Marvel fan distinctly unimpressed with DC’s efforts of late asking Joss what advice he would give to that franchise. Joss actually expressed his enjoyment in much of the DC movie efforts, explaining that DC had done a lot of things well and some things not so well which was akin to the way he felt about his Marvel movies. He was quite frank when he explained there was stuff that he was proud of and stuff that he was not so proud of. He also commented on how the two studios were quite different in their approaches with Marvel being a lighter look at the superhero genre and DC taking the darker approach.

It was great to have Joss there and the panel was well worth the ticket price. Joss looked genuinely chagrined at having to miss Comic Con this year and in particular the Nerd HQ conversations, which he confessed were some of the best aspects of Comic Con for him.  No doubt he will be there next year, barring any further obstacles and this is definitely a panel that is without a doubt, a worthy one to try and acquire tickets to. 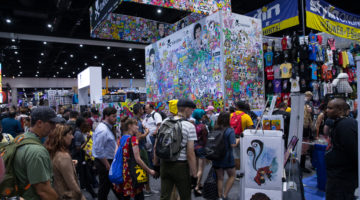 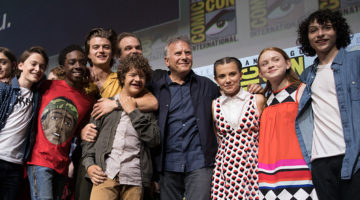 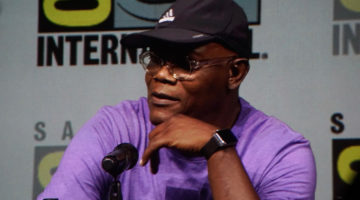 No Marvel, No Problem. The absence of big hitting names made way for other franchises to make an impact at SDCC 2018 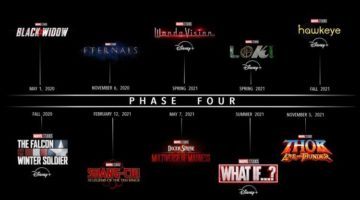