X-Men: Dark Phoenix made a surprising appearance at WonderCon Anaheim this past weekend, just a week after the controversial Fox/Disney deal finalized.  Stars Tye Sheridan, Alexandra Shipp, Kodi Smit-McPhee, Nicholas Hoult, Evan Peters and Sophie Turner were all in attendance along with director, Simon Kinberg, and producer, Hutch Parker.  Although the fate of the Fox X-Men series seems to be sealed, the cast members and Kinberg seemed to be in high spirits, excited for the new stories they were able to get to tell with Dark Phoenix.

Kinberg kicked off the panel by announcing that the X-Men would go to space for the first time in the new film and that’d they’d come across an alien.  This is an exciting feat, because while Marvel Studios has explored cosmic stories for a many years now, the X-Men have never touched space until now. He also said that he’s excited to explore the Dark Phoenix storyline in ways that X3 didn’t get to do.

Kinberg wowed the crowd by bringing a 10 minute clip from the film (spoilers ahead), which showed the X-Men working with NASA to help retrieve a team in space affected by what they called a solar flare.  During the mission, Jean is accidentally left behind on the imploding ship, although she emerges from the rummage glowing with the energy of the explosion- something is very different about her. The X-Men end up saving the whole NASA crew without any casualties and they’re greeted with a crowd of cheering fans when they land.  It seems that the humans have finally decided to accept the mutants after their contributions to mankind, but at what cost? The clip ends with Mystique arguing with Professor X over him putting Jean, and the rest of the team, in danger for the sake of humans. Xavier responds that that’s just what they have to do in order to be treated like monsters by the humans.

During the Q&A, Hutch Parker tells the crowd, “Logan and this film did something different, which is dig into these characters and these issues in ways that we haven’t before”.  Logan was a massive success, so will they be able to achieve that success again with Dark Phoenix?  From the trailer and the scenes they teased, I don’t think it’ll quite live up to the Logan name, but we’ll just have to see when the full movie comes out.

When asked about what preparation she did to prepare to play Jean and Dark Phoenix, Sophie answered, “It’s not really like day and night, they’re sort of fused together, which is why there’s such an internal struggle… So, really, we wanted to study schizophrenia and dissociative identity disorder to kind of really delve into the psyche of the character”.  Dark Phoenix will be Sophie’s first leading role in a film, so it’ll be interesting to see her bring to life this pivotal storyline.  She has already had some amazing work behind her on Game of Thrones as her character, Sansa Stark, although, I thought her performance in X-Men: Apocalypse was lackluster.  Hopefully, that was just due to the circumstances.

Before the panel ended, they brought one more clip to show the anxious crowd.  In this clip (more spoilers ahead), Professor X, Nightcrawler and Storm travel to New York to find Jean and save her from Magneto.  When they get to New York, they’re greeted by Magneto and for some reason, Beast is standing right by his side. Xavier tries to reason with Magneto and the crowd gasps when he says, “Killing Jean won’t bring Mystique back”.  Obviously, Magneto doesn’t want to hear it and a full out brawl ensues. Beast and Cyclops really get into it during this scene, battling each other for the sake of their lovers. Then, Magneto gets into the house where Jean aka Dark Phoenix supposedly is and he rams a train into the door to keep others out. Finally, we see Jessica Chastain’s character interacting with Dark Phoenix manipulating her by telling her all the things she wants to hear about her power and her strengths.  Magneto tries to kill her, but Dark Phoenix stops him, barely flinching. She has reached her maximum potential and she is the most powerful mutant in the room and nothing will stop her.

Dark Phoenix looks for the most part, cool and fun to watch.  It’s obvious that Kinberg and Parker are very passionate about this film and that they’ve learned from past X-Men mistakes and their successes, so I think it’ll be at least better than Apocalypse. 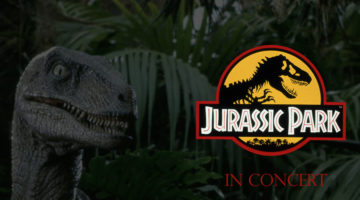 The Timeless Sexism in The Age of Adaline