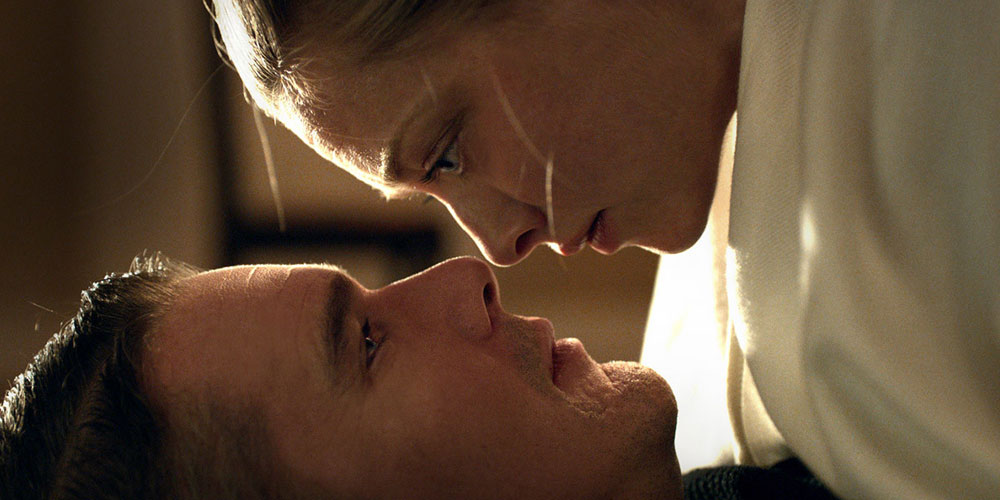 A pastor in a small, historical church, Ernst Toller (Ethan Hawke) is in a state of crisis. Mary (Amanda Seyfried), a young pregnant woman, asks Toller to help her severely depressed husband who wants her to abort her child out of ecological fears: the threats of global warming and the impact of capitalism upon the environment are a death sentence, and nothing to bring life into. Physically unwell and unsure of his faith, Toller’s world is boulversé when the man commits suicide, an event that drive Toller to consider his own place in the world, as a man of God, and as a human residing on our dying planet.

First Reformed is a film of past and present. With the conflict of the consequences of our actions on Earth — our precarious future — is also a focuses on Toller’s own past trauma, and the refuge he seeks within religious heritage. The film equally dwells in references. The most obvious is Robert Bresson’s Diary of a Country Priest (1951), also about a sick priest transcribing his thoughts. But we also have elements of European art films (the existential angst of Ingmar Bergman, the spirituality of Andrei Tarkvosky) mixed in with Schrader’s own New Hollywood roots: we can see the third act of First Reformed as a version of Taxi Driver (1976) in Toller’s vigilante madness.

Tense, cerebral, and meticulously shot, with thoughtfully laid out inspirations, First Reformed, however, doesn’t fully coalesce. The references feel too bluntly presented; not necessarily purely derivative, they still don’t do anything new or exciting. The central melodrama often takes itself too seriously, resulting in a sense of being emotionally “off.” And the use of Mary as symbol (ugh), and centre of turmoil for Toller without her own real character (especially within a film which takes up abortion as an argument between two men, regarding faith and nihilism, but outside of gender or agency!) is tasteless.

First Reformed is not necessarily the film we’d associate with Paul Schrader. We think of him as the maker of films that are suspenseful, edgy, sexy — here, he has opted for a more “slow cinema.” But whether art-house, political, or American pop, First Reformed is in between styles in a way that’s never satisfactory.