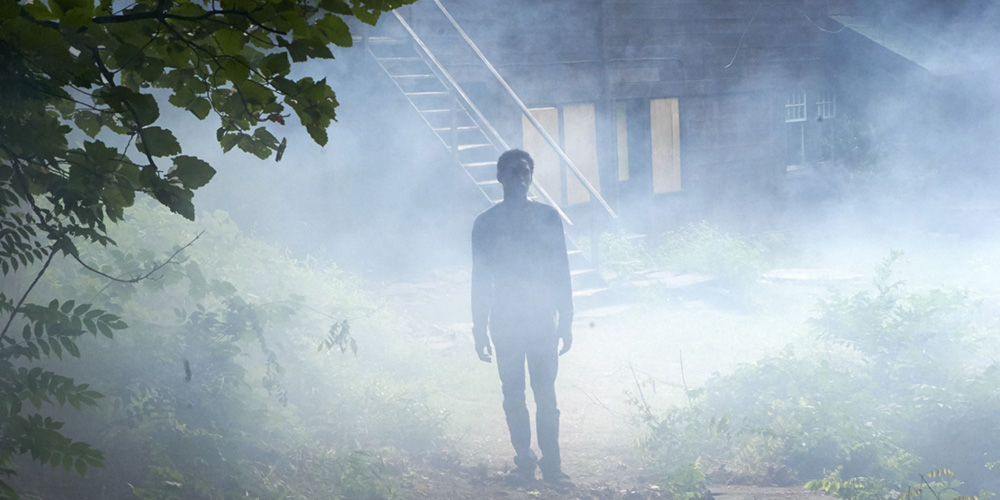 Review: It Comes At Night

The film is set in the near future and it appears the plague has taken out most of humanity, with presumably a few scattered survivors to spare. The times are tough and immediately, Shults’ imposes a sense of bleakness and tension that never waivers. Opening scenes of Sarah’s father show the mystery disease in all its gruesomeness and the impersonal disposal of his corpse helps to set the tone and reveal a great deal about life – if you can call it that – in this world.

Paul and the gang were utterly ordinary in their former lives but make some smart decisions that seemed to have prolonged death in the new world. They are isolated, the windows are boarded up, and there is only one way in or out (through two doors, including one very imposing red door). And based on their treatment of the dead, they have the unsympathetic touch required to make a run at a long life.

Then, one night, as dreary as any night post-apocalypse, a man named Will (Christopher Abbott) breaks in, busting through the red door in search of food, water, and supplies for his family awaiting him in need about 50 miles away. It should be noted that the broken lock on the red door is replaced with another single lock. This family is apparently prepared to sleep soundly without the seven deadbolts and litany of items blocking the door each night that certain audience members might deem advisable.

After some grueling questioning, Paul agrees to accompany will to get his family and bring them back to live at the house. He can’t resist the temptation of power in numbers and having some more help around the house. The new living arrangement is just fine for a while, except for Travis whose nightmares continue to grow eerier, but doubt, tension, and the brand of aggressive self-preservation required to survive, get in the way of a peaceful co-existence. It Comes at Night may be marketed as a horror but it is really a family drama, more interested in examining family dynamics and how we relate to each other than the end of the world itself.

The cast is exquisite across the board the direction is strong, undeniably effective and full of intent. However, despite all the atmosphere and visual intrigue, the film feels a bit shallow and while it flirts with a number of dark themes, it seems unsure of what it wants to say or which themes to explore in earnest. It Comes at Night succeeds at being a total creepfest and cleverly avoids the tired “humans are the real monsters” routine, but still lacks a soul to match its style.

Review: Deliver Us From Evil

Review: Our Brand is Crisis