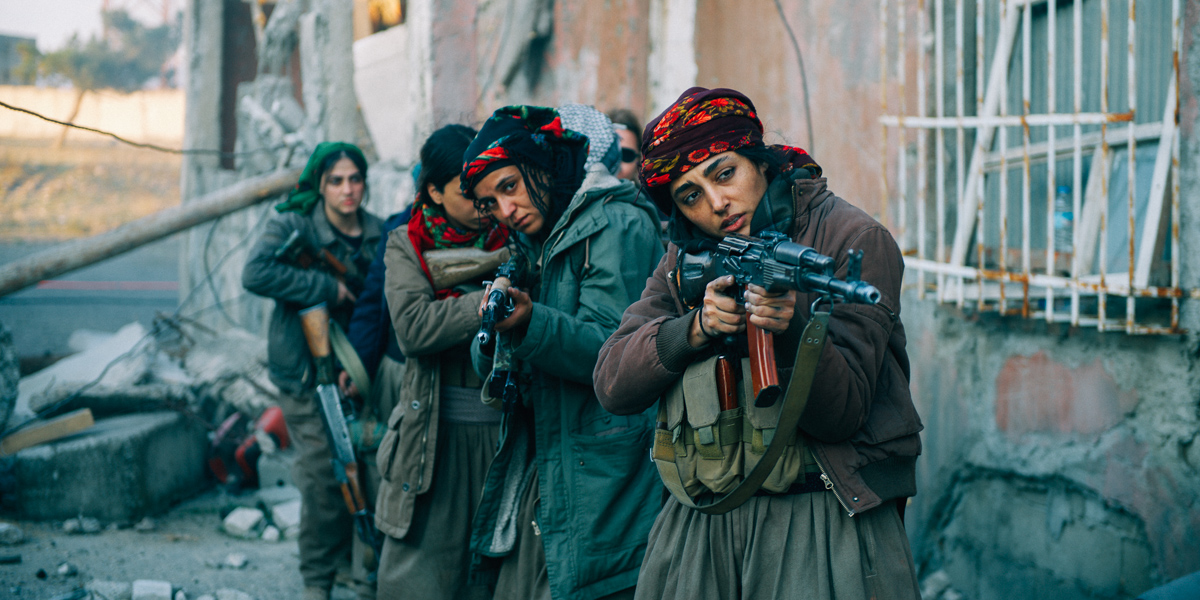 Bahar (Golshifteh Farahani), the commander of an all-female peshmerga unit, is joined by French journalist Mathilde (Emmanuelle Bercot) as they fight ISIS in Girls of the Sun. A slick, Hollywood-style, big budget war film, Eva Husson’s latest feature is an entertaining melodrama of large, heavy-handed proportions. But for the things it does well, it does so much very poorly.

Girls of the Sun is simply not in good taste. It makes serious issues feel cheap in the way it piles on problems to rouse inspired glory from is heroine. Rather than developing Bahar as a character, we know she is a goddess of victory for her reactions to things around her. Her strength is proven by how she actively fights for her freedom (contrasted to the other women who are resigned to their sexual slavery, fearful and whimpering, who depend on her guidance) or when she remains lucid and persevering (contrasted to her sister who succumbs to graphic suicide), and as a result, this violence against others is objectified — without respect, dignity, or sensitivity — to signify our protagonist’s virtues. Mathilde as a character is also painful to watch, a white European woman who adds absolutely nothing to the narrative other than a point of relatability for white audiences, a passive footnote to make white people feel involved.

The film is a capably made product which is rather shallow (in an Oscar-baity kind of way), but it feels difficult to fault it completely. Receiving such harsh criticism already, it is not necessarily worse than most other celebrated war movies. But in its attempts to empower women, it is reductive of those who can’t glitter in individualistic narratives of singular heroines, and as a feminist project, that is its greatest downfall.