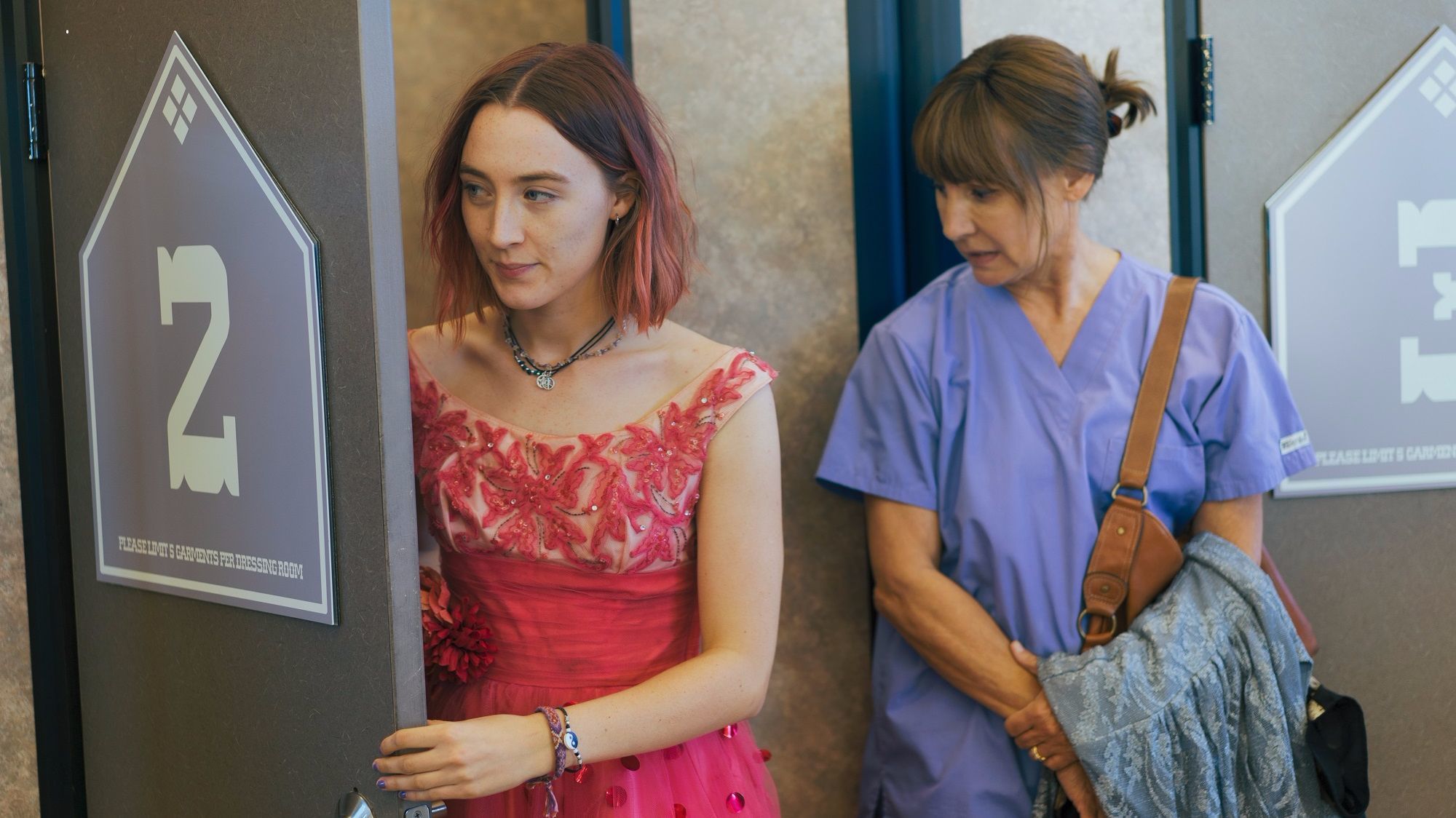 Christine McPherson (a joyous and precise Saoirse Ronan) prefers to be called Lady Bird — it’s her given name, she says, in the sense that “it’s given to me, by me” — and this little act of rebellion speaks wonders about what, exactly, goes on beneath the surface in Greta Gerwig’s solo-directorial debut. It is a film about selfhood and the assertion of one’s individuality, even when one is unsure what exactly that means; it is a film about family and growing up.

Set in Sacramento (“the Midwest of California”), the movie charts Lady Bird’s senior year in a Catholic girls’ high school. There is the classic homecoming and prom that punctuates the film’s final moments; there are classes and parties and school plays throughout. And there is of course the application process for post-secondary institutions — a point of contention in the McPherson household. For Lady Bird wants to go to the East Coast “where culture is,” places “like New York, or at least Connecticut or New Hampshire.” Her mother Marion (the wonderful Laurie Metcalf) disagrees in favour of a more local — and less expensive — school. Working double shifts at the hospital since her husband, Larry (Tracy Letts), was laid off, the reason for this choice is an obvious one, though Lady Bird, idealistic and hypocritical, self-centered and strong willed, doesn’t see it that way. She sees it as an unfairness. And so, the two butt heads in the way that only mothers who love their daughters, and daughters who love their mothers, can.

Of course, you might think you’ve seen this all before. There are thousands of films in the coming-of-age genre that utilize the senior year as their backdrop, that follow a righteous and rebellious protagonist, and that watch as this protagonist undergoes extracurricular rites of passage — the falling in love for the first time, the having sex for the first time, the finding of new friends, or the getting a job. But you’ve never seen anything like Lady Bird. Greta Gerwig, long admired for her work co-writing such critical darlings as Frances Ha and Mistress America, infuses one of the most convention-bound genres in independent cinema with a sense of depth, and freshness. I wish I could capture in words just how moving this film is, but the heart of it all, the way it filled me up and made me happy — and I really mean that — defies language. I could catalogue all the joyous and familiar and moving movements of Lady Bird here, but that would be to deprecate the value and the verve of Greta Gerwig’s instant classic. All I will say is you must see this movie. It is filmmaking at its finest.