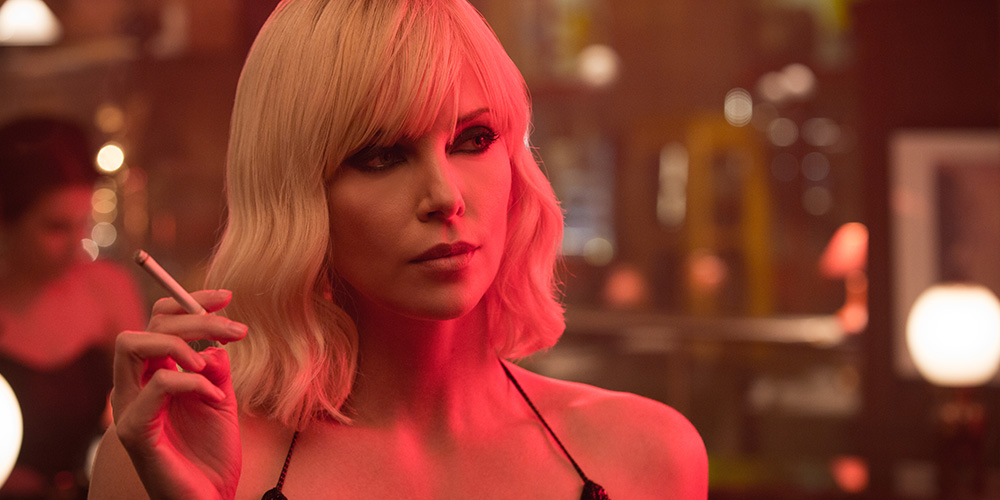 In a summer packed with an absurd amount of top quality entertainment, does director David Leitch’s (John Wick) spy thriller Atomic Blonde have what it takes to stand apart from the crowd, or does it simply fall flat? It’s surely a plot we’ve all heard before and one that has proven to do its job by herding the masses in to fill those theatre seats, but sometimes it may not do to simply rely on the basics and hope for the best.

Set against the backdrop of a pre-unified Germany on the eve of the fall of the Berlin Wall in 1989, MI6 sends their most lethal weapon in Lorraine Broughton (Charlize Theron) on a mission to track down the missing list containing the names of every spy in the organization. Upon arriving in East Germany she meets her somewhat feral maniac of a partner David Perceval (James McAvoy), and here we have the beginning to our often times erratic and yet nevertheless thrilling story of espionage.

Right off the bat Blonde has plenty of things working for it. Based on the 2012 graphic novel series The Cold City, the film is undeniably gorgeous. With its vintage filters and grungy sets, any still frame could be taken and hung on the wall of a ritzy downtown apartment. Pair that with an 80s inspired soundtrack of killer proportions, a wardrobe fit for Paris fashion week and it’s quite understandable if you become lost to the mesmerizing world Leitch has created. And although the cast is certainly something to look at too their acting chops equally deliver, with a pleasantly surprising performance from Sofia Boutella (The Mummy). Her character Delphine also becomes entwined in this game of cat and mouse but adds a much needed sultry vibe to Charlize’s hard-hitting edge, making the pair a captivating duo.

Style and flare aside, what the film truly lacks is a strong narrative to sustain its audience. Yes, Charlize certainly kicks enough ass to put to rest all doubts about a female James Bond one day gracing our theatre screens, however, the life she breathes into this utterly cool and subdued character isn’t enough to pull us out of the murky and convoluted depths this plot so ardently desires to drag us through. The problem is we’ve seen this movie a hundred times before, albeit you’d certainly be hard pressed to find one wrapped up in such a stylish package.

As McAvoy’s character so adequately puts it, “Who the hell won? And what was the game anyway?”. Leitch has us pondering over the course of the films lengthy two hour run-time, what was the point of it all? The movie fails to give its viewers something new to latch on to, and where it thinks its getting away with being supremely clever, it instead surmounts to an unsatisfying conclusion. Everyone should be praising Atomic Blonde‘s female lead and the badassery she brings to her kickass takedowns with nothing but a lamp or the subtlety of those icey nuanced glares, we just need the story to be as great as she is.

Review: Out of Print