Win ROE passes to see The Man with the Iron Fists!

Scene Creek wants to give you the chance to win one of five (admit two) run-of-engagement passes for THE MAN WITH THE IRON FISTS IN THEATRES NOVEMBER 2ND. Run of engagement passes are valid Monday – Thursday (excluding holidays). Effective November 5th, 2012 through run of engagement at participating Cineplex Entertainment, LP Theatres.

Read on below for a synopsis and how to enter!

To enter is simple. Just send an e-mail to contests@scenecreek.com with the subject line ‘THE MAN WITH THE IRON FISTS‘ and the following information:

1. First and Last Name
2. Mailing Address
3. The director of this movie (RZA) is a part of what hip-hop group?

As always, you will get Bonus entries for spreading the word by sharing this contest on Twitter or Facebook!

Winners will be chosen at random and will be notified via e-mail. Contest deadline is Oct 29th at 11:59pm. This contest is open to Canadian residents only. Good luck!

Synopsis:
Quentin Tarantino presents The Man With the Iron Fists, an action-adventure inspired by kung-fu classics as interpreted by his longtime collaborators RZA and Eli Roth. Making his debut as a big-screen director and leading man, RZA—alongside a stellar international cast led by Russell Crowe and Lucy Liu—tells the epic story of warriors, assassins and a lone outsider hero in nineteenth-century China who must unite to destroy the clan traitor who would destroy them all.

Since his arrival in China’s Jungle Village, the town’s blacksmith (RZA) has been forced by radical tribal factions to create elaborate tools of destruction. When the clans’ brewing war boils over, the stranger channels an ancient energy to transform himself into a human weapon. As he fights alongside iconic heroes and against soulless villains, one man must harness this power to become savior of his adopted people.

Blending astonishing martial-arts sequences from some of the masters of this world with the signature vision he brings as the leader of the Wu-Tang Clan and as one of hip-hop’s most dominant figures of the past two decades, RZA embarks upon his most ambitious, stylized and thrilling project to date.

Win a copy of Disney's ZOOTOPIA on Blu-ray!

Win a double pass to see an advance screening of DISNEY'S THE LONE RANGER across Canada! 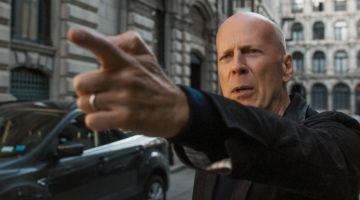 Win run-of-engagement passes to see I'LL SEE YOU IN MY DREAMS in theatres!

Win tickets to attend a special premiere of THE WORLD'S END in Toronto! 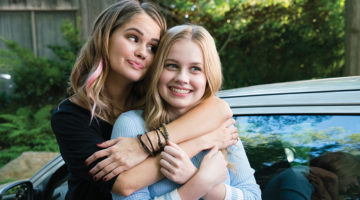 Win passes to see an advance screening of EVERY DAY across Canada! 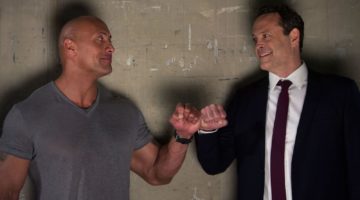 Win an iTunes digital copy of I REMEMBER YOU

Win a double pass to an advance screening of ‘Winnie’ in select cities!

Win passes to see an advance screening of THE MONUMENTS MEN in Toronto!

Win passes to see an advance screening of JEM AND THE HOLOGRAMS in select cities!

Win passes to see an advance screening of MYSTERY GIRL: UNRAVELED in Toronto!

Win passes to an advance screening of FIFTY SHADES OF BLACK in Toronto, Calgary and Vancouver!

Win a copy of A MOST VIOLENT YEAR on Blu-ray!

Win passes to see an advance screening of HERCULES in Toronto and Montreal!

Win passes to attend the Toronto Premiere of THE CAPTIVE!