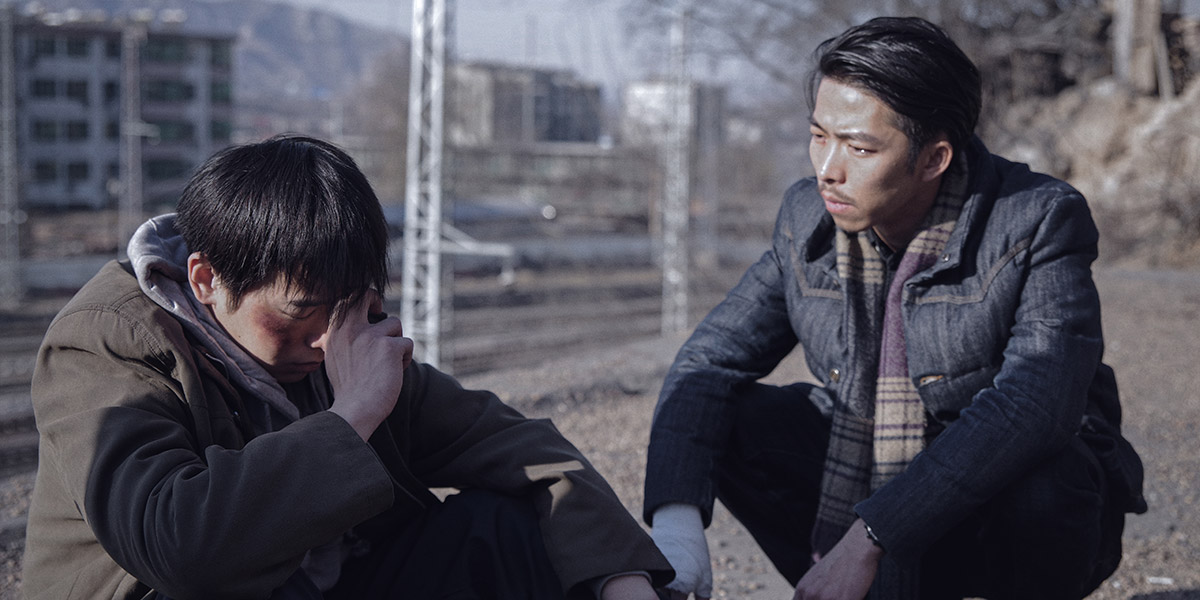 Making its Canadian premiere at the Festival, novelist-turned-director Hu Bo’s first and, tragically, final feature film is a magisterial tour de force: at once intimate and worldly, political and personal, An Elephant Sitting Still tells with shades of Edward Yang a stirring drama of human persistence.

It is morning, somewhere in Northern China, when Hu’s film opens. The sky is overcast, smoggy. The sun rises, slowly. And with it wake men and women young and old. They seem tired, weighed down by something we cannot quite put our fingers on, and for a while we are left wondering who these people are. Slowly, over the course of a beautifully-done first hour, four narratives emerge. There is that of Yu Cheng (Yu Zhang), a local thug who has been sleeping with his best friend’s girlfriend for some time, now; Weibu (Yuchang Peng), a teenage boy who, after being bullied at home and in school, plans to stand up to his adversaries at whatever cost; the 16-year-old Huang Ling (Yuwen Wang), who has been secretly seeing the deputy dean and is frightened about the release of a compromising video; and Bu’s neighbour, Wang Jin (Congxi Li), who is being sent away to a nursing home by his family in order to relieve the household of financial pressures.

As these four storylines squirm apart and come together in seemingly different, but similarly tragic, ways, Yu Cheng, Weibu, Huang Ling, and Wang Jin each begin to look to a myth about an elephant in a zoo in the far-north Chinese outpost of Manzhouli for salvation. This elephant, so the story goes, sits in its pen and refuses to eat and move; it is as if he is denying – or perhaps rising above — existence. And perhaps they each should follow suit. Perhaps they should be as enduring.

Told over the course of one single day, and shot with a tremendous and sensitive eye, Hu’s film is a rare creation of great ambition and patience. Though certain aspects of the screenplay are perhaps tedious — the film is sometimes laden, for example, with overtly intellectual exposition — taken as a whole, An Elephant Sitting Still remains an epic and moving piece — indeed one of the strongest films from the Chinese New Wave.