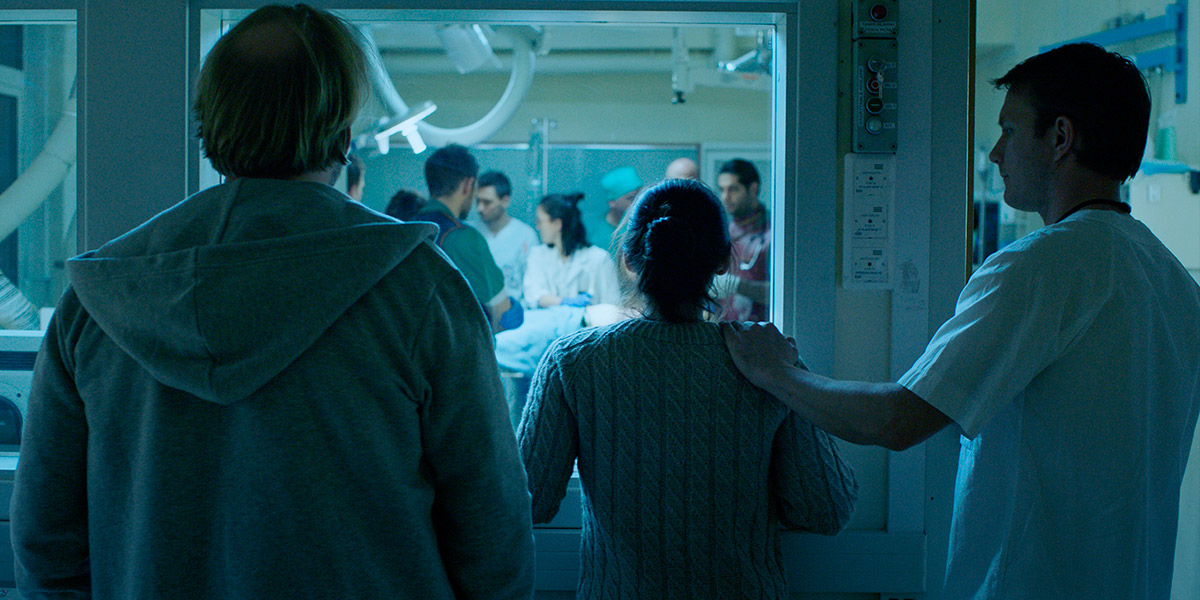 Blind Spot is a hauntingly realistic Norwegian drama that follows a mother coming to terms with a traumatic family event. A slow beginning lulls you into a false sense of security and adjusts you to the real time nature of the film – which is all filmed in one take.

This one take is executed insanely well. It follows characters through complicated location changes, in and out of cars, up and down stairs, and manages the shift between the mundane beginning and the reactions to the dramatic event. It does not shift away from anything that might be difficult for a one take to handle – and it handles everything perfectly.

The one take was not just done to show off, it fits the story too. It allows us moments of silence, chaos, and everything in between. It realistically captures a traumatic hour and a half of a person’s life. The actors performances are captivating – and all the more impressive that they were able to go through such an emotional range in a one take.

How they managed to film Blind Spot, we have no idea. But we are glad they did. It is heart-breaking, raw and unflinchingly real.