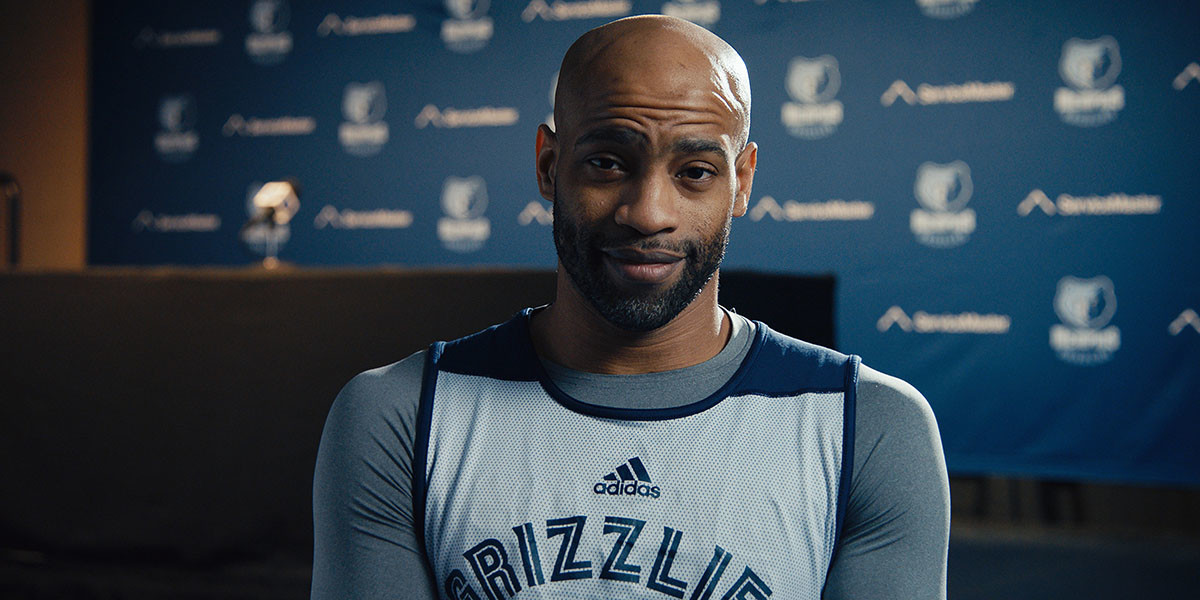 The Carter Effect, director Sean Menard’s feel-good sports documentary, chronicles the rise of the Toronto Raptors and the role of young superstar Vince Carter, who put the Raptors and the city of Toronto, on the map. The film was executive produced by Drake (who is also a talking head), LeBron James and Maverick Carter and features interviews from across the pop-culture spectrum.

After arriving in Toronto via a draft-day trade, Vince Carter’s talent, and his distaste for gravity, carried the Raptors to NBA relevancy and ushered in a new era of basketball fans in an otherwise hockey-obsessed city. It wasn’t all fun – the infamous heartbreaking miss against Philly in 2001 comes to mind, and is shown in the film – but there was a strong connection between Carter the city right up until that final, messy season.

Most of the interviews fit well into the story, even if a couple feel like a bit of a stretch. Tracy McGrady, and Vince’s mother, Michelle, provide much needed intimacy and depth, while musicians like Drake and Kardinal Offishall speak of the inspiration they drew from Vince’s success in establishing careers of their own. Various other anecdotes and humorous asides help fill the run-time and give an honest sense of the impact Vince had on Canada’s most successful pop-culture exports, but also on the city at large and the every-day people who were inspired by Carter’s Raptors.

It would have been nice to have a bit more time with Vince himself and more focus on the agonizing final months Vince spent in Toronto pre-trade, but overall, Menard does the story justice. The film lacks the flash and artistry of its subject, but nonetheless is a solid, if overly conventional, documentary that entertains and more importantly, proves The Carter Effect is no joke.