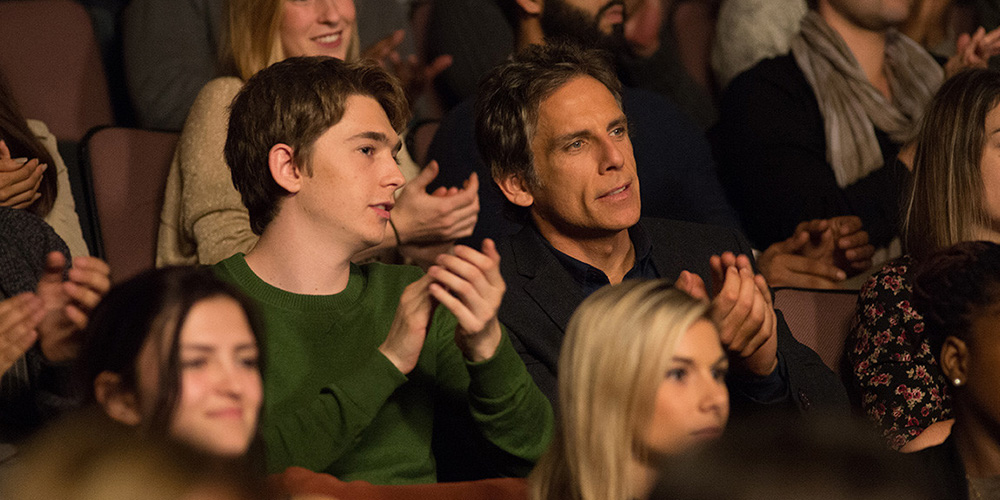 In voice-over narration, 47-year-old Brad (Ben Stiller) tells us of his fears and insecurities. An entitled man-child, he believes he is owed a better life, despite his already comfy middle-class situation. While taking his son to look at colleges, Brad begins his descent into a crisis spurred by jealousy of his peers, a sense of victimization, and fantasies of what could have been.

The problem with Brad’s Status is that Brad’s prattling on is never pleasant, and the film knows it. Writer and director Mike White is eager to focus on drama over comedy, despite the slew of comedians (such as Jenna Fischer, Jermaine Clement, and Michael Sheen) who are brought in in minor roles — roles too minor to be of much interest, making the performances feel wasted. Stiller, at the very least, can hold his own as a man having a rather late mid-life crisis, but the crisis itself is so annoying it is nearly unwatchable.

Partway through the film, Brad tells his problems to a college-aged friend of his son. She is bored as she talks at him, mirroring how the audience feels while he talks at us, and she tells him off, stating she does not feel sorry for his First World Problems. While this moment of criticism is welcomed, it is too little, too late to make Brad’s Status bearable.