It’s a little strange that the first film that comes to mind when watching ‘76 is Xavier Dolan’s Juste La Fin Du Monde. It’s very unlikely that Izu Ojikwu attempted to draw inspiration from the Canadian director but there seems to be a sense of proceedings feeling a little bit “off” in the film, and one is inclined to wonder if this “offness” is international or accidental.

Surely, the foray into living history wasn’t easy, as the Nigerian film took years of approval by the government to even get considered to be shown, and this is for events that took place over 40 years ago! It is clear that the premise of the film is not to explore the coup of the movie in detail, as it is quite a controversial subject even years later, and should garner even more attention when the film screens in London as a part of LFF. Its intention is to provide a human face to the struggle and the personal performances are all strong. It just feels a little bit off-kilter. 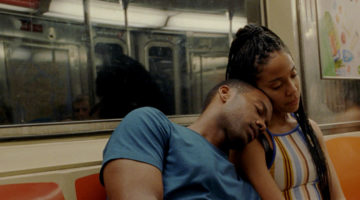