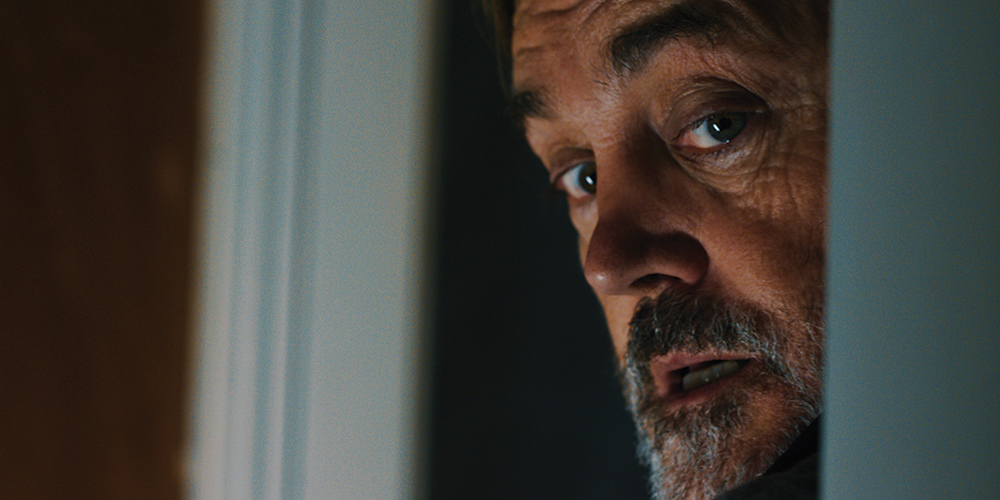 On New Years Eve, 1999, Jack’s cable cuts out. After calling for repairs, he finds his television isn’t playing what it should. Appearing on screen is a game show host who speaks directly to Jack, informing him that he is a contestant on their show. The game is survival: sending in trained killers, Jack must avoid being murdered. But that’s all there is to Sixty Minutes to Midnight, the latest film from director Neil Mackay. Trading in any visual or narrative interest for flatly repetitive violence, the film is nothing but amateurish problems.

Jumping straight into its action, the film suffers for its lack of engagement with character. Unlike the original Saw films or 2012’s Would You Rather, which added an appropriately melodramatic pathos to their otherwise mindless plots, Sixty Minutes never gives us anything to care about. It equally lacks the element of cheekiness found in horror game films: the gameshow is never exciting or intriguing, and is about as interesting as a rerun of The Price is Right. Predictably, given the film’s total lack of originality, even the violence is a slog. Again lacking the creativity or variety that kept other game horrors interesting, Sixty Minutes subsists on shoot ups. The action is strictly confined to gun violence — as dull as it is distasteful.

To put it simply, Sixty Minutes to Midnight is boring. It lacks any element of fun that should come from a cheesy game show-based horror. It lacks any excitement that should come from such an action-heavy film. And with no character development, it gives us no reason to care about the narrative which hones in on Jack so closely. A feature length film, it feels so insubstantial that one could hardly believe this material could maintain a short. Although Sixty Minutes is not the worst film of the year, it may be the least interesting.

Review: Now You See Me