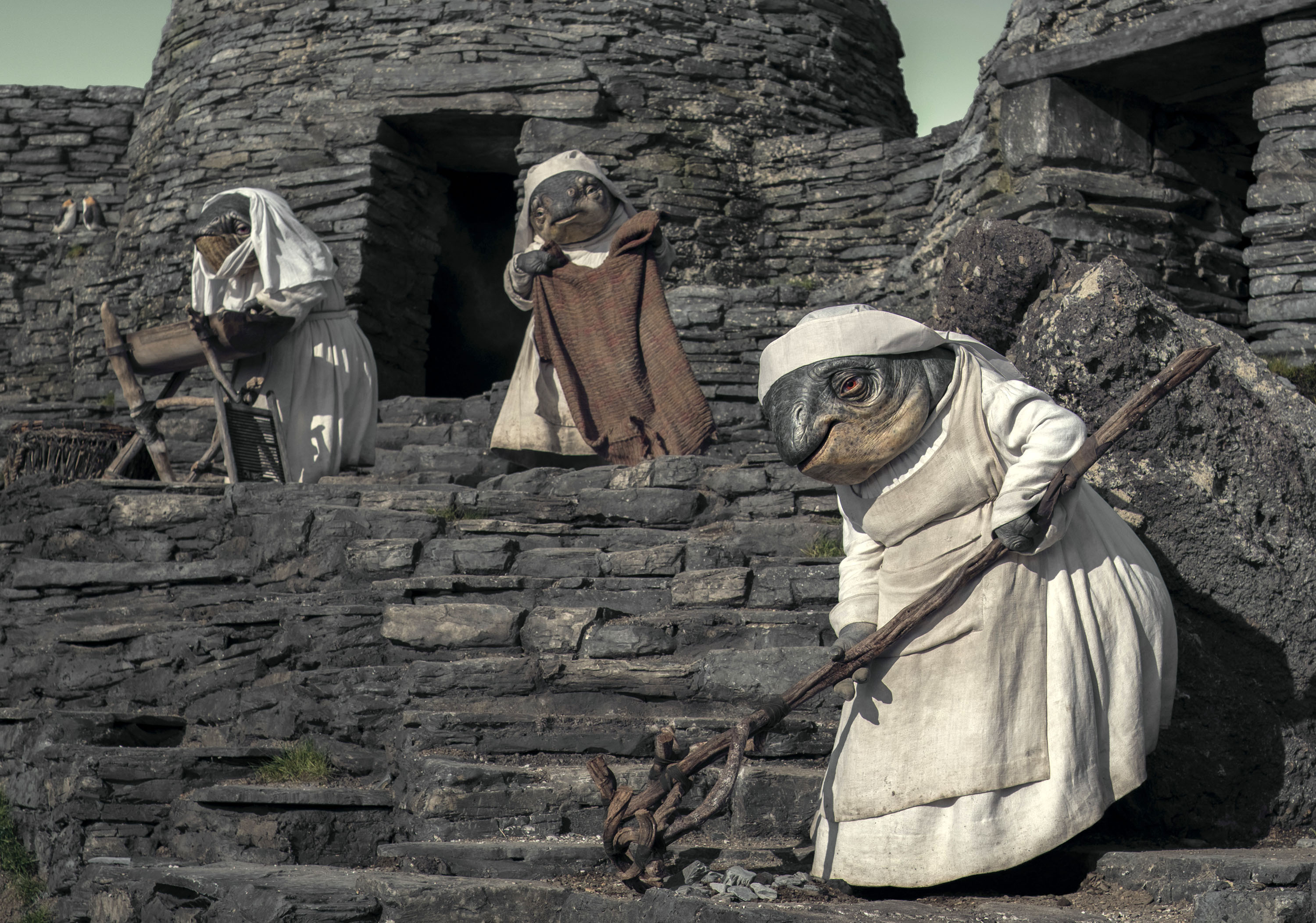 Among Star Wars fans, the reaction to the saga’s eighth chapter was divisive. I myself disliked The Last Jedi upon first viewing but came to love it after a second viewing. Director Rian Johnson offers a fresh, bold new take on Star Wars, which can be jolting at first, but ultimately makes for a more emotionally cohesive film. Previous entry The Force Awakens introduced viewers to new characters while also reuniting them with Han Solo (Harrison Ford) and Princess Leia (Carrie Fisher) both of whom hadn’t appeared since the end of the original trilogy. Nevertheless, the one missing link was Luke Skywalker (Mark Hamill). The film left viewers with the cliffhanger of Skywalker’s appearance. The Last Jedi continues that sequence as Rey (Daisy Ridley) must convince Skywalker to teach her the ways of the force, the way Obi-Wan Kenobi had done for Luke decades earlier. Across the galaxy, Leia and Poe Dameron (Oscar Isaac) lead the resistance.

The Blu-ray release of The Last Jedi offers a stunning audiovisual experience that is certainly the best way to view the film outside of cinemas. In addition to a near-perfect transfer, a second disc holds over two hours of high definition special features. The highlight here has to be the deleted scenes. Fans of the Finn/Rose storyline will be delighted to see that the deleted scenes are mostly made up of their journey together. Among the most interesting is an extended look at the Fathier Chase sequence. The special effects in this scene were not completed, which make it a wild look at the marvel of the final film’s graphics team. I’m not much a of Rose fan, so for me the best deleted scenes had to be the two that give viewers a closer look into the lives of the Caretakers – those delightful nun-frog things on Luke’s little island. The most major special feature is the feature-length making-of doc The Director and the Jedi. The documentary provides an in-depth look at the making of the film through interviews and behind the scenes footage. It can be a little masturbatory at times, but it is still a must-see for fans of the film that also features a lovely tribute to Carrie Fisher.

Blu-ray Review: A Most Violent Year

DVD Review: Rise of the Guardians