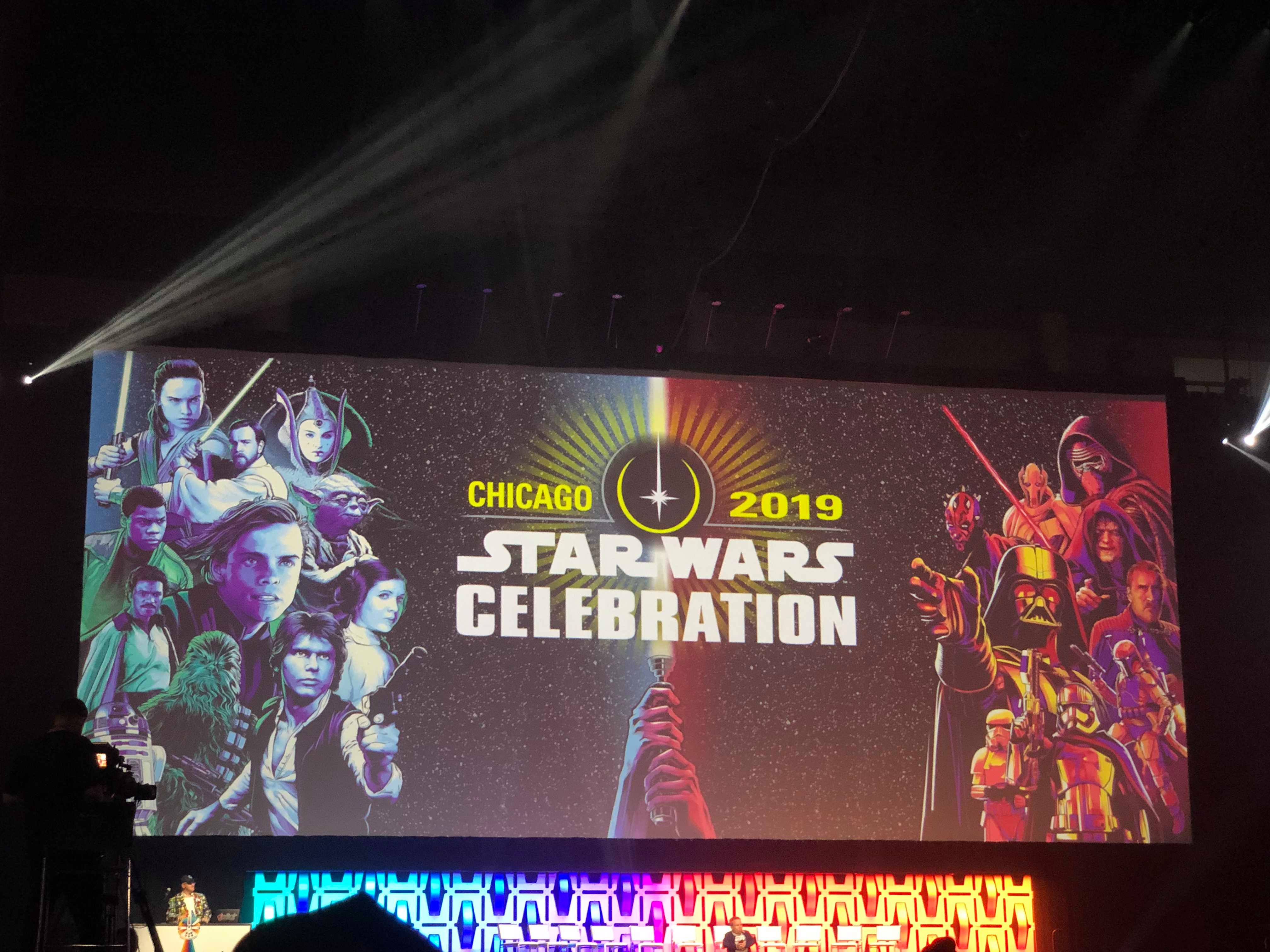 “No one’s ever really gone” are the last words Luke Skywalker speaks in the debut of The Rise of Skywalker teaser and it’s a message we all carried with us as Star Wars Celebration 2019 came to a close.  It was a monumental year for the convention with the anticipation of the finale to a 42 year saga and the beginning of a new age of Star Wars live action television series.  Fans from Michigan to Brazil traveled to the Windy City of Illinois to be part of this historic Celebration.

On Friday morning, the Episode IX panel commenced and all the attention was on the next generation cast who are the spotlight of the next film.  Daisy Ridley, John Boyega, Oscar Isaac, Kelly Marie Tran, Joonas Suotamo and Naomi Ackie took the stage to thousands of screaming fans. While it seemed like the next generation of the Star Wars cast would take some getting used to back in 2015 when it all started up again, that all seemed to be forgotten in this room where it was obvious they had left their mark on Star Wars fans.

J.J. Abrams brought a couple things to show the fans including some new photos of the cast and a teaser trailer.  Rey, Finn and Poe are in complete different looks in the photos, which could have something to do with the time jump confirmed for the film.  Naomi Ackie’s character, Jannah, was finally unveiled and J.J. showed a picture of her wearing rugged clothes and a blaster holster, which seems to indicate that she’s quite the warrior.  There was also the first news and pictures of a new droid named, D-0. The trailer completely stunned audience with an unforgettable shot of Rey flipping over Kylo Ren’s TIE Silencer and another anticipated team up from Finn and Poe.  Ian McDiarmid also showed up to surprise fans after the news of Palpatine returning dropped with the trailer. “Roll it, again”, he announced as they played the IX teaser one more time.

J.J. finally dropped the title for Episode IX, The Rise of Skywalker, which left fans wondering what it means for the series.  Could it mean that Kylo Ren is going to be redeemed? Will we see other dead Skywalkers rise as force ghosts? Or will the Skywalker name live on with Rey?  We’ll just have to wait and see in December!

The Mandalorian also premiered their first pieces of footage on Sunday, but kept it exclusive to Celebration attendees.  It gave glimpses at some of the sets that showed the large scale of the project, which had kind of a Rogue One feel to it.  A lot of fans who weren’t previously excited for The Mandalorian have had a change of heart after seeing the amazing footage.  They also announced that joining Pedro Pascal, Gina Carano will be playing Cara Dune and Carl Weathers will play Greef Carga.  There’s not much plot information out yet, but we do know that the story is set five years after Return of the Jedi.

Star Wars Celebration Chicago ended Monday with the announcement that they’d be back in Anaheim for 2020.  Although, the Skywalker saga will have concluded by then and it’ll be a whole new generation of Star Wars. With a heavy heart, we’ll be saying our goodbyes to the sequel cast at the end of this year.  It’s been an incredible half of a decade and I think we should all be proud and thankful to the sequel cast for carrying on the Star Wars series in ways we never expected; their legacies will live on forever within the Star Wars fandom.

Harry Potter and the Goblet of Fire in Concert

Proper Path: The Films of Paul Thomas Anderson – A Tribute

Five tidbits about the 2012 Golden Globes (they air Sunday!)