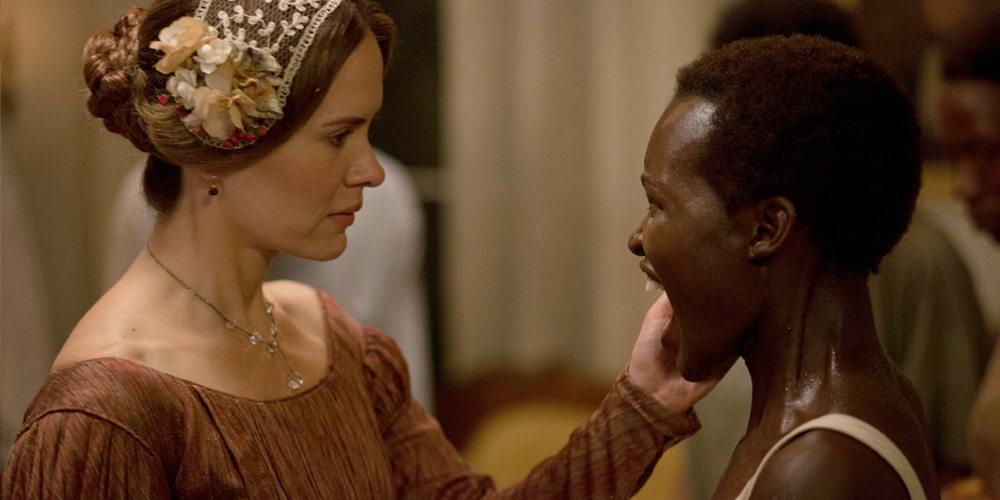 While the audience may certainly judge the vile character she portrays, actress Sarah Paulson simply tries to get inside her mind; even if there isn’t much there.

Paulson is among an impressive ensemble cast of Steve McQueen’s historical drama 12 Years a Slave, and her character is one of the many oppressive people that the kidnapped freeman Solomon Northup encounters during his harrowing journey.

She plays Mistress Epps, the wife of Edwin Epps (Michael Fassbender), and together they own a plantation in the Deep South with two notable slaves among them. One of is Northup (Chiwetel Ejiofor), with who Mr. Epps grows increasingly confrontational, and the other is a young girl named Patsey (Lupita Nyong’o). It’s the presence of this slave, and the way in which Mr. Epps sees her, that drives Mistress Epps.

“It’s easy for us to just sort of categorize her as an evil woman, when really she is a woman trapped by her own fears of being usurped by Patsey in her husband’s mind, heart, and body,” explains Ms. Paulson while promoting the film at the Toronto International Film Festival, which won the fan’s choice award. “She’s not that deep. She sees a threat, and the only recourse was to terrorize this person.”

Paulson, Fassbender, and McQueen delved into the relationship between the Mr. and Mrs. Epps, speculating about her past and the why she got together with Edwin. The film is based on the memoir by Northup, though Mistress Epps needed to be fleshed out more for the screen.

“Intellectually she may have been a learned woman, though not very developed emotionally and psychologically,” tells Paulson. “She doesn’t have the weight of the world on her shoulders because she doesn’t think that way. She’s isn’t savvy enough to understand why she inflicts this torture.”

In such an authentic film, one filled with mentally and emotionally draining drama, Paulson has a few scenes, but they are all impactful and include some of the most startling moments in the entire story. In one of her first confrontations with Patsey during a party of sorts inside the house, Paulson recalls the difference between filming the scene and seeing it on the screen.

“I remembered being so focused on what [Mistress Epps] wanted in that moment, that the horror was diminished. I was able to be separate from it when I was shooting it,” she says. “When you see it visually, that’s when I had the most discomfort; it’s very disturbing.”

It is an exhaustive experience to be sure, driven by a stirring performance from Ejiofor and supported spectacularly by Fassbender, Paul Giamatti, Paul Dano, and Benedict Cumberbatch. Determined to be as real as possible and force the viewer to experience the plight of the slave, McQueen does not hold back when it comes to hateful language or physical and mental torture.

“I knew I couldn’t shy away from it,” says Paulson of the language. “I had to run head on into it, and if I took my foot off the gas, then the impact is less. The story can’t be told with as much accuracy and authenticity. This is the language she used, comfortably, without hesitation of thought. I tried to do the same, even though in my soul it was an upsetting thing to do.”

Fortunately, perhaps, Paulson in her study and practice, found it simple enough to enter and exit such a character, one that she is thankful for playing but ready to put behind her.

“It’s easy to not stay in that head space because she wouldn’t. It’s easier to go and do it and focus and then get on. When you’re self aware, you change your behavior – she isn’t one of those people.”

INTERVIEW: Ethan Hawke on BORN TO BE BLUE

Interview: John Cusack discusses his character in Maps to the Stars and working with Cronenberg